Tucker Max Net Worth: Tucker Max is an American author and public speaker who has a net worth of $5 million. Tucker Max was born September 27, 1975 in Atlanta, Georgia. He is known for his crude writings in which he chronicles his drinking and sexual encounters in the form of short stories on his website TuckerMax.com, which has received millions of visitors since Max launched it (on a bet in 2000).

He has been cited as a narcissist and has described himself as having Narcissistic Personality Disorder, saying "in some ways it's beneficial". I Hope They Serve Beer in Hell was a New York Times #1 Bestseller and made the Best Seller List each year from 2006 to 2011. It has sold over one million copies worldwide, including 400,000 copies in 2009 alone. His book was also made into a feature film of the same name, which received overall negative reviews and numerous critics even considered it to be one of the worst films of the year. In 2010, he released a book titled Assholes Finish First and 2012 marked the literary releases of both Hilarity Ensues and Sloppy Seconds: The Tucker Max Leftovers. He was a 2009 Time magazine 100 finalist based on internet votes, although he did not make the magazine list. In 2003, Max posted an account of his relationship with Katy Johnson, Miss Vermont 1999, on his website and Johnson filed a lawsuit claiming, among other things, invasion of her privacy. A Florida state court judge issued an order for Max to cease writing about Johnson; ordered Max not to use Johnson's first, full or last name; not to use the phrase "Miss Vermont" on his website; not to disclose any "information" or "stories" about Johnson. Legal experts called the decision "kooky" and "clearly a suppression of free speech". The ACLU intervened, filing an amicus brief, claiming a breach of Max's First Amendment rights, which led to Johnson voluntarily withdrawing her lawsuit and Max's story was once again posted on his website.

An expanded version of the story was later published in Hilarity Ensues. 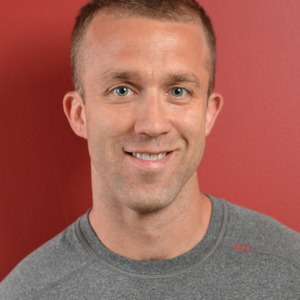