What was Truman Capote's Net Worth?

Truman Capote was an American author, screenwriter, and playwright who had a net worth of $10 million. Truman Capote was best known as the author of "Breakfast at Tiffany's" and "In Cold Blood." The latter, a non-fiction novel about the murder of a Kansas family, took him six years to research and write. Many of Capote's works have been adapted for film and television; the author himself has also been the subject of many works for the screen and stage.

Truman had a difficult upbringing and started writing at 11 years old. He started off writing short stories and had critical success with Miriam in 1945 which attracted the attention of Random house and gave him a contract to write "Other Voices, Other Rooms" in 1948. He spent six years writing "In Cold Blood" with help from his lifelong friend author Harper Lee (author of "To Kill a Mockingbird"). The 1961 film "Breakfast at Tiffany's" was based on Capote's novel and "In Cold Blood" became a TV movie in 1996.

Truman Capote was born on September 30, 1924 in New Orleans, Louisiana to Archulus and Lillie. When he was two, his parents divorced, and he was subsequently raised by his mother's relatives in Monroeville, Alabama. There, the young Capote was a neighbor and friend of Harper Lee, who would go on to pen the classic novel "To Kill a Mockingbird." Lonely as a kid, Capote used his time to teach himself how to read and write; at the age of 11, he started writing fiction. By then, he was living in New York City with his mother and her second husband, a Cuban bookkeeper. Capote went to Trinity School for his education, and then to St. Joseph Military Academy. In 1939, he moved with his family to Greenwich, Connecticut, where he went to Greenwich High School. Returning to New York City in 1941, Capote attended the Franklin School.

While still a student at Franklin, Capote started working in the art department of the New Yorker as a copyboy. He remained in the job for two years before he was fired for upsetting poet Robert Frost. After this, Capote turned to writing as his primary job. Between 1943 and 1946, he penned several short stories, such as "Miriam," "My Side of the Matter," and the O. Henry Award-winning "Shut a Final Door." Many of his stories were published in popular magazines, including Harper's Bazaar, Mademoiselle, and Story. During this time, Capote also wrote his first novel, "Summer Crossing"; however, it wasn't published until 2006.

Due to the success of his short story "Miriam," Capote landed a contract with Random House in the late 40s. Given a $1,500 advance, he wrote the novel "Other Voices, Other Rooms," which was published in 1948. A semi-autobiographical tale of the author's childhood in Alabama, the book is written in the Southern Gothic style. "Other Voices, Other Rooms" was hugely successful, remaining on the New York Times Best Seller list for nine weeks. Following this, Capote released the collections "A Tree of Night and Other Stories" and "Local Color." His second published novel, "The Grass Harp," came out in 1951. Five years after that, he released the journalistic book "The Muses Are Heard."

In 1958, Capote released one of his most famous works, "Breakfast at Tiffany's." The book consists of the title novella as well as the short stories "House of Flowers," "A Diamond Guitar," and "A Christmas Memory." Holly Golightly, the protagonist of "Breakfast at Tiffany's," became one of Capote's most iconic characters. She was played by Audrey Hepburn in the 1961 film adaptation of the novella, which was directed by Blake Edwards. Later, "Breakfast at Tiffany's" was adapted for the stage as a musical and then as a play.

Following a rigorous six-year period of journalistic inquiry and writing, Capote published his milestone non-fiction novel "In Cold Blood" in 1966. Inspired by a short article that ran in the New York Times in 1959, the book chronicles the inexplicable murder of a Kansas family in their farm home. Capote immersed himself in the project, becoming acquainted with everyone involved in the investigation and most of the residents of the area where the murder occurred. "In Cold Blood" was a cultural phenomenon, becoming a worldwide bestseller and garnering Capote literary renown. Just one year after its release, the book was adapted into an acclaimed Oscar-nominated film directed by Richard Brooks. 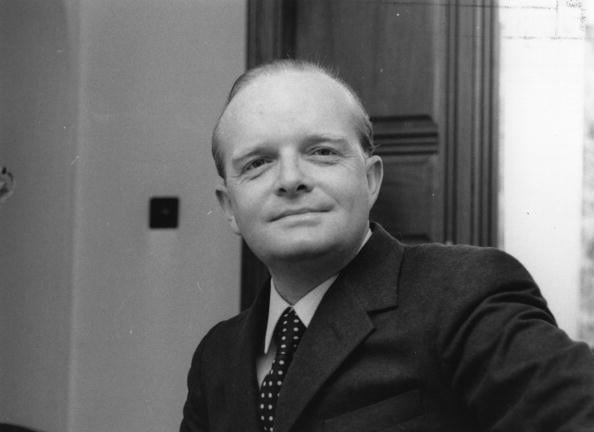 In addition to writing books and short stories, Capote wrote for the screen and stage. In 1952, he adapted his own novel "The Grass Harp" into a Broadway play. The year after that, Capote co-wrote the screenplay to John Huston's film "Beat the Devil," and wrote the dialogue for Vittorio De Sica's "Terminal Station." In 1954, he was responsible for the lyrics and book of the Broadway musical "House of Flowers," adapted from his eponymous short story. Later, in 1960, Capote co-wrote the screenplay to the psychological horror film "The Innocents," based on the Henry James novella "The Turn of the Screw." His other screenwriting credits included the television film "A Christmas Memory," based on his own short story.

Capote has also been the subject of many screen and stage productions. In 1990, he was portrayed by Robert Morse in the Broadway play "Tru," a one-man show adapted from Capote's words. Another one-man show about the author, "The Truman Capote Talk Show," was created by Bob Kingdom in 1994. Later, in 2005, Bennett Miller directed the biographical film "Capote," starring an Oscar-winning Philip Seymour Hoffman as the author. Toby Jones portrayed Capote the next year in the biopic "Infamous."

Openly gay, Capote had relationships with such men as literature professor Newton Arvin and fellow writer Jack Dunphy. He was well known for his high-pitched voice, effete behavior, and flamboyant style of dress, and traveled in many elite social circles populated by major celebrities.

In the 70s, Capote bought a home in Palm Springs, California; he went on to carry out a decadent, desultory lifestyle of drugs and heavy drinking. As a result, he was in and out of rehab clinics throughout the decade. During this time, Capote also had a toxic relationship with bank executive John O'Shea, a married father of three. Early in the 80s, Capote suffered a seizure that required hospitalization. He subsequently became something of a recluse. Capote passed away in August of 1984 from liver disease compounded by drug intoxication and phlebitis. 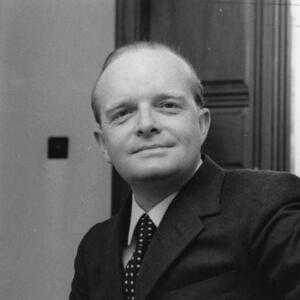