Tony Kushner net worth: Tony Kushner is an American playwright and screenwriter who has a net worth of $5 million. Tony Kushner was born in New York City, New York in July 1956. His play Angels in America: A Gay Fantasia on National Themes won the Pulitzer Prize for Drama in 1993. In 2013 Kushner received a National Medal of Arts from President Barack Obama. He is known for co-authoring the screenplay for the 2005 movie Munich as well as writing the screenplay for the 2012 film Lincoln. His work Angels in America was adapted into a TV mini-series in 2003 and a TV movie in 2004. Kushner has been nominated for two Academy Awards for Best Writing, Adapted Screenplay for Munich in 2005 and Lincoln in 2012. He has won 24 awards including a Primetime Emmy Award and two Writers Guild of America awards. Tony and his partner Mark Harris were married in 2008 and became the first same-sex commitment ceremony in the Vows column of The New York Times. 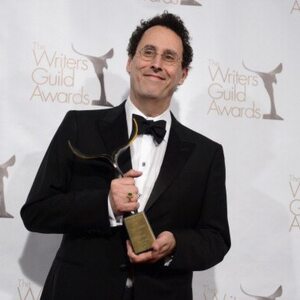