Toni Morrison net worth: Toni Morrison was an American novelist, editor, and professor who had a net worth of $20 million at the time of her death. Toni Morrison earned her net worth through her many novels and her co-writing of children's books with her son, Slade.

Morrison was born Chloe Adrelia Wofford in Lorain, Ohio in February 1931. She earned her Masters in English at Cornell University. She was an English instructor at Texas Southern University from 1955 to 1957 and then taught at Howard. She became a textbook editor in Syracuse and then an editor for Random House in New York City. She was noted for helping bring black literature to the mainstream. In 1970, her first novel The Bluest Eye was published. She was nominated for the National Book Award for Sula which was published in 1973. In 1977 her novel Song of Solomon was chosen by the Book-of-the-Month club and became the first novel by a black writer in almost 40 years. The novel won the National Book Critics Circle Award. She published Beloved in 1987 and won the American Book Award and the Pulitzer Prize for fiction. The book was made into a movie that starred Danny Glover and Oprah Winfrey. Morrison received the Nobel Prize in Literature in 1993 and The Bluest Eye was chosen for Oprah's Book Club in 2000. Morrison was honored with the Presidential Medal of Freedom in 2012.

Real Estate: In 2014, Toni paid $3.8 million for an apartment in New York City's Tribeca neighborhood. In October 2020 her estate listed the apartment for $4.75 million.

In 2012 she sold a NYC apartment for an undisclosed amount.

In the late 1970s she bought a waterfront property in a town 25 miles north of NYC called Grand View-on-Hudson. She paid $120,000 for the property which is the same as around $500,000 in today's dollars. The original structure was destroyed by a fire in the early 1990s. She rebuilt a larger estate. Toni's son inherited this house soon after her death. 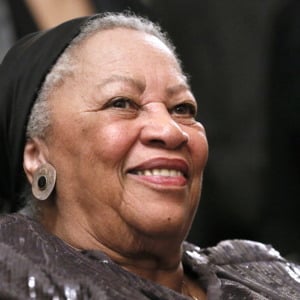