Tomi Lahren net worth and salary: Tomi Lahren is an American television host and political commentator who has a net worth of $3 million. Tomi Lahren was born in Rapid City, South Dakota in August 1992. She is a conservative and hosts the show Tomi on TheBlaze. Lahren hosted the television series On Point with Tomi Lahren for the One America News Network.

She has grown to become very popular and was referred to as a rising media star by The New York Times and "the young Republican who is bigger than Trump on Facebook" by BBC News in 2016. She has been criticized as being racist although she denies it. She appeared on an episode of The Daily Show with Trevor Noah which went viral in November 2016. In March 2017, Tomi Lahren made some mildly controversial statements on The View. She said that women should have access to abortions and accused pro-lifers of being hypocrites. Openly pro-life Glenn Beck, who owns The Blaze, subsequently fired Tomi. She then filed a wrongful termination lawsuit against The Blaze which ultimately led to an undisclosed settlement. In May 2017 she was hired to work for Great America PAC. 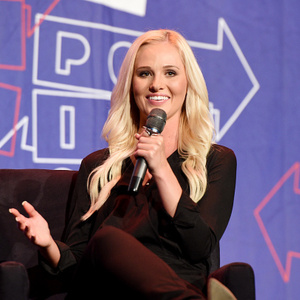