Tom Wolfe net worth: Tom Wolfe was an American author, journalist and producer who had a net worth of $20 million at the time of his death in 2018. Tom Wolfe was born on March 2, 1930 in Richmond Virginia. He got his start in journalism as a newspaper reporter at various regional outlets.

He shot to stardom in the 1960s thanks to a series of best-selling non-fiction books, most notably The Electric Kool-Aid Acid Test, The Kandy-Kolored Tangerine-Flake Streamline Baby, and more. His 1979 book The Right Stuff, which was an account of the Mercury Seven space program, was also hugely successful and was eventually turned into a movie. In 1987, Wolfe released his first fictional work, The Bonfires of the Vanities. Bonfire, which told the satirical story of a greed, social class, racism and politics of 1980s New York City, was also hugely successful and also became a feature film. In 2012, Tom Wolfe was given one of the biggest book advances of all time for his fourth novel, Back to Blood. As of this writing, his $7 million advance is 12th biggest advance ever paid to an author. Known for his trademark white suit, Tom Wolfe had two children with his wife of many years, Sheila. Tom Wolfe died on May 14, 2018 at the age of 87. 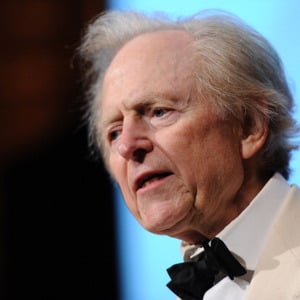