Tim Ferriss Net Worth: Tim Ferriss is an American author, entrepreneur, investor, and public speaker who has a net worth of $50 million. He is known for his podcast, "The Tim Ferriss Show", and his book "The 4-Hour Workweek" (2007). According to Tim himself, the majority of his net worth is attributable to a very early (pre-IPO) investment in Uber. Tim has stated that his Uber stake "represents a disproportionately high percentage of [his] net-worth."

Early Life: Timothy Ferriss was born in East Hampton, New York, in July 1977. He was born premature. He was raised in his hometown, and attended the prep school St. Paul's School located in Concord, New Hampshire. After graduating from high school, he attended Princeton University. There, he studied East Asian Studies, and he received a B.A. degree in 2000 after completing a senior thesis title "Acquisition of Japanese Kanji: Conventional practice and Mnemonic Supplementation".

Career: Following graduation from college, Ferriss worked at a data storage company in sales. While still employed at his day job, he started his own online company, BrainQUICKEN. The company, established in 2001, sold nutritional supplements over the internet. He ran the company for a little under a decade, before selling it to a London-based private equity firm in 2010. He has said that his first book, "The 4-Hour Workweek: Escape 9-5, Live Anywhere, and Join the New Rich" (2007), was inspired by his own experience building up a company from scratch and making into a successful business that required a minimal amount of his time. His other books include "The 4-Hour Body: An Uncommon Guide to Rapid Fat-Loss, Incredible Sex, and Becoming Superhuman" (2010), "The 4-Hour Chef: The Simple Path to Cooking Like a Pro, Learning Anything, and Living the Good Life" (2012), "Tools of Titans: The Tactics, Routines, and Habits of Billionaires, Icons, and World-Class Performers" (2016), and "Tribe of Mentors: Short Life Advice from the Best in the World" (2017). Both "The 4-Hour Workweek" and "The 4-Hour Body" were No. 1 New York Times bestsellers.

Ferriss tried to follow up the success of his books with a venture into television. His first show, "The Tim Ferriss Experiment", aired on HLN in 2013. It only lasted for 13 episodes before it was cancelled. The show featured Ferriss trying to learn a new difficult skill every episode, such as poker, surfing, and parkour. He tried to return to television in 2017 with the show "Fear(less) with Tim Ferriss", where he interviews people from different industries. Like his first show, this one also only lasted one season.

Throughout his career, Ferriss has also acted as an angel investor and advisor for startups. Some of the companies he has been involved in include StumbleUpon, Lyft, Evernote, DailyBurn, Trippy, and TaskRabbit. He also has had small equity stakes in tech companies like Twitter, Uber, and Facebook. CNN has called him "one of the planet's leading angel investors in technology", and The New York Times listed him as one of the figures on their "Notable Angel Investors" list. Ferriss announced a break from new investing in 2015, citing stress and feeling like he was having minimal long-term impact as reasons behind his withdrawal. He still owns investments in a number of companies, but has reduced his time making new investments and working with startups. 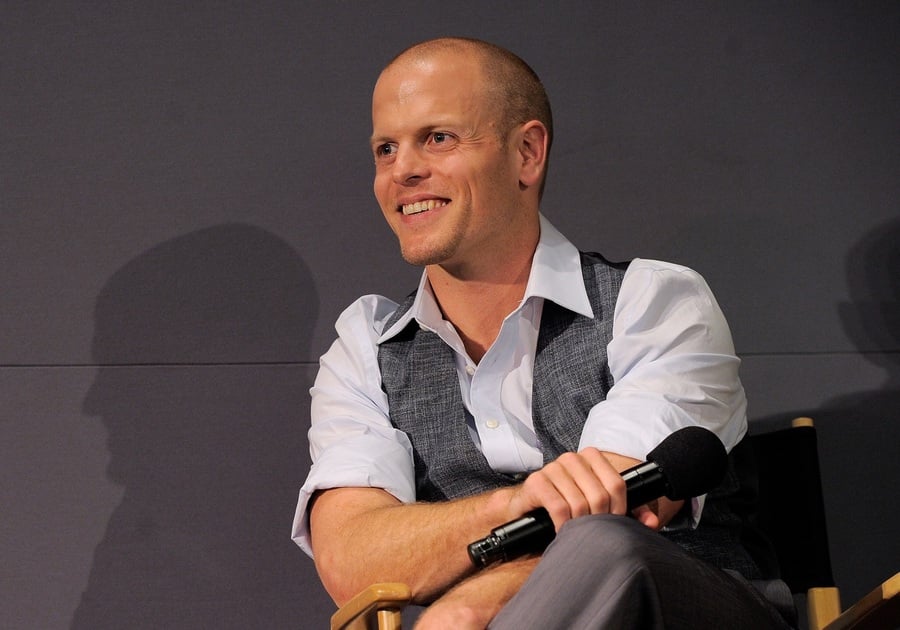 In November 2013, Ferriss launched his own audiobook publishing venture, Tim Ferriss Publishing. The first book the company published was "Vagabonding" by Rolf Potts. Other books they have published include "The Obstacle Is The Way" by Ryan Holiday, and "What I Learned Losing A Million Dollars" by Jim Paul and Brendan Moynihan.

Ferriss has also ventured into the world of podcasting, with his own podcast "The Tim Ferriss Show". The podcast has been selected as the top business podcast by Fortune Magazine, and named to Apple Podcasts' "Best of" list. The Observer even named him "The Oprah of Audio". Past guests he has hosted on the podcast include Hugh Jackman, Dr. Jane Goodall, Neil Gaiman, Arnold Schwarzenegger, LeBron James, Kevin Hart, Edward Norton, Vince Vaugh, Matthew McConaughey, and Maria Sharapova, among many others. As of October 2020, the per-episode sponsorship rate listed on Ferriss's website is $43,200, with a minimum of 2 episodes to start.

Other Pursuits and Interests: Ferriss, along with his dance partner Alicia Monti, holds the Guinness Book of World Records record for the most consecutive tango spins in one minute. He has credited his extra free time—which allows him to take up pursuits like tango dancing—as being the result of his successful business-running method that only took up a few hours of his time a week. Other hobbies and pursuits that Ferriss has taken up include language learning and kickboxing—he has actually won a national Chinese kickboxing title. 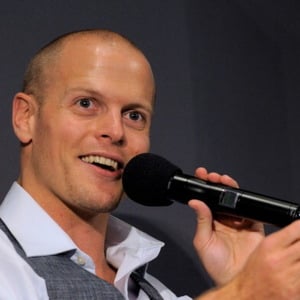