How much is Thomas Harris Worth?

Thomas Harris net worth: Thomas Harris is an American writer who has a net worth of $20 million. Thomas Harris was born in Jackson, Tennessee in April 1940. He is best known for his suspense novels about his famous character Hannibal Lecter. That series includes the books Red Dragon which was published in 1981, The Silence of the Lambs in 1988, Hannibal in 1999, and Hannibal Rising in 2006. Harris also authored the book Black Sunday in 1975. He is credit as a writer for the movies Black Sunday, Manhunter, The Silence of the Lambs, Hannibal, Red Dragon, and Hannibal Rising in addition to the television series Hannibal. Harris won a Lifetime Achievement Award from the Bram Stoker Awards in 2007. He graduated from Baylor University and worked as a local newspaper reporter. Harris worked for the Associated Press from 1968 until 1975 before he started working on his book Black Sunday. 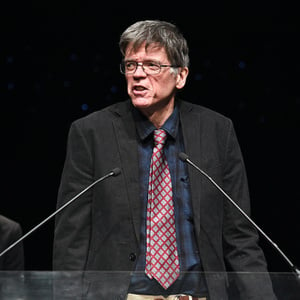