Terry Pratchett net worth: Terry Pratchett was an English novelist who had a net worth of $40 million at the time of his death. Terry Pratchett was born in Beaconsfield, Buckinghamshire, England on April 28, 1948. Pratchett is best known for writing the Discworld series, Good Omens, and Nation. Discworld includes forty volumes, and he is said to have averaged to written books per year throughout his career.

Snuff, part of the Discworld series, sold over 55,000 copies in the first three days after publication. During his lifetime he sold over 85 million books internationally and has been published in 37 different languages. In 2010, he earned the World Fantasy Award for Life Achievement. He is currently ranked as the second most-read author in the UK and seventh non-US author in the United States. Pratchett's early interests included astronomy and science fiction. He is an avid follower of computers, technology, and natural history, however later in life was diagnosed with early-onset Alzheimer's Disease. In 2008, he announced that he would be donating one million dollars to the Alzheimer's Research Trust. Pratchett was married to his wife Lyn since 1968. They have one daughter together by the name of Rhianna Pratchett, and the family currently lives in Broad Chalke, near Salisbury, Wiltshire. Terry Pratchett died on March 12, 2015. 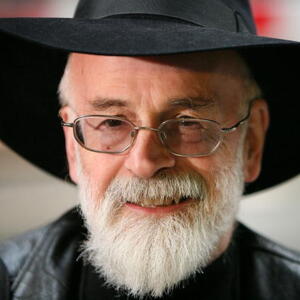