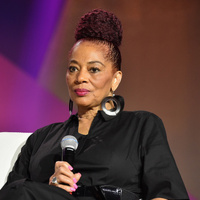 What is Terry McMillan's Net Worth?

Terry McMillan is an American author who has a net worth of $10 million. Terry McMillan is known for writing about the experiences of middle-class black women in the United States. After making her debut with "Mama" in 1987, she rose to national fame in 1992 with "Waiting to Exhale," which was later adapted into a major motion picture. McMillan had further success with her novels "How Stella Got Her Groove Back," "A Day Late and a Dollar Short," and "Getting to Happy," among others.

Terry McMillan was born on October 18, 1951 in Port Huron, Michigan. For her higher education, she went to the University of California, Berkeley, from which she graduated in 1977 with a Bachelor of Arts in journalism. McMillan went on to attend graduate school at Columbia University, where she earned her Master of Fine Arts.

McMillan released her first book, "Mama," in 1987. Because her publisher did little to promote the title, she took it upon herself to market her work by sending letters to thousands of booksellers throughout the country. McMillan focused her efforts particularly on African-American bookstores, and she was so successful that "Mama" eventually sold out of its original first hardcover prints. Following this, McMillan penned "Disappearing Acts," which was published by Penguin Group in 1989. The novel went on to become a New York Times bestseller. In 2000, "Disappearing Acts" was adapted into an HBO television film directed by Gina Prince-Bythewood and starring Wesley Snipes and Sanaa Lathan. After penning her first two novels, McMillan served as the editor of "Breaking Ice: An Anthology of Contemporary African-American Fiction," published in 1990.

In 1992, McMillan achieved her greatest critical and commercial success yet with her third book, "Waiting to Exhale." Revolving around a group of four Arizona women and their interpersonal and romantic relationships, the book was significant for showcasing a candid, authentic view of middle-class black womanhood in contemporary America. Through the book, McMillan was credited with exploring and celebrating the lives of black female professionals in a way that had rarely been done in popular culture. Moreover, she was credited with influencing the progression of the woman-oriented R&B movement. "Waiting to Exhale" became a New York Times bestseller, and was adapted into a hit film in 1995. Notably, the film marked the directorial debut of Forest Whitaker, and starred Angela Bassett, Whitney Houston, Loretta Devine, and Lela Rochon as the four main protagonists. 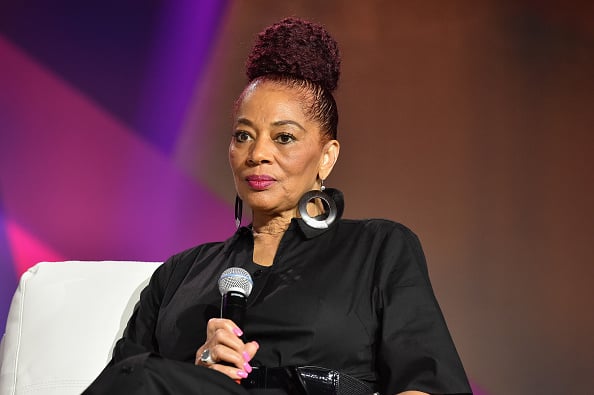 Following the success of "Waiting to Exhale," McMillan wrote "How Stella Got Her Groove Back," which was released in 1996. Another New York Times bestseller, the book was adapted into a 1998 film with Angela Bassett, Whoopi Goldberg, Regina King, and Taye Diggs in his feature film debut. Next, McMillan penned the 2001 novel "A Day Late and a Dollar Short," about a dysfunctional family living in Las Vegas in the 90s. Told from the perspectives of six different members of the central family, the book was notable for taking on a number of taboo subjects, including incest, substance addiction, divorce, and homosexuality. Like McMillan's prior two works, "A Day Late and a Dollar Short" was adapted into a film, this time for the television channel Lifetime. Originally aired in 2014, it starred Whoopi Goldberg, Ving Rhames, Kimberly Elise, Anika Noni Rose, Mekhi Phifer, and Tichina Arnold.

In 2005, McMillan released the novel "The Interruption of Everything," about an overworked mother of three trying to juggle her personal and professional lives. The following year, McMillan released a non-fiction book entitled "It's OK if You're Clueless: and 23 More Tips for the College Bound." Her next book, "Getting to Happy," came out in 2010. A sequel to the hit "Waiting to Exhale," it picks up 15 years after where that book left off. McMillan's other novels have included 2013's "Who Asked You?," 2016's "I Almost Forgot About You," and 2020's "It's Not All Downhill From Here."

McMillan married her husband Jonathan Plummer in 1998. After he came out as gay, the couple divorced in early 2005. McMillan has a son named Solomon.

Previously, McMillan resided in a 7,000-square-foot home in Danville, California. She sold the property in 2012 for $2 million and moved to Los Angeles.