Tai Lopez net worth: Tai Lopez is an American businessman and motivational speaker who has a net worth of $10 million. After gaining notoriety for his viral YouTube ads, Tai Lopez has emerged as one of the world's most prominent entrepreneurs. He has established an educational empire based on podcasts, YouTube videos, online courses, and more. Although he is a controversial figure in some circles, it seems clear that Tai Lopez is an expert when it comes to digital advertising and building a marketable image and reputation.

Early Life: Much of Tai Lopez's early life is unknown since entrepreneurial figures such as him tend to fabricate elements of their lives to "sell" a fairytale story to those who are interested in their educational products. That being said, Tai Lopez was born in California on April 11th, 1977. According to various sources, Tai was raised by his mother and his grandmother, as his father was in prison. Tai allegedly found it difficult to make friends because of the rampant gang activity in his neighborhood. He has stated that one of the few family members to have a positive impact on him was his grandfather. Lopez describes his grandfather as "a scientist," and claims that he sent him packages of books to read as a child. Biographies of Tai Lopez (which have not been independently confirmed) contain accounts of him working in leper colonies and Amish communities.

Entrepreneurial Career: Prior to Tai Lopez' emergence as an entrepreneurial educator, there are only a few sparse accounts of his activities and work experience. Although Lopez is a college dropout, he allegedly became a Certified Financial Planner (CFP). There are also accounts of him owning nightclubs and working for GE Capital.

What seems clear is that Tai Lopez' initial success came through the world of online dating. His co-ownership of Global Elite Dating helped him rise to prominence and wealth, and that's when he started to get involved with online education and entrepreneurial training. Tai first arrived on the scene with viral YouTube ads that reached millions of people. Among the most notorious of his YouTube ads featured Tai bragging next to a Lamborghini of how he had to get "seven new bookshelves installed" to hold all the books he had recently purchased. The ad has since become known as "Here in my garage."

Many other similar ads soon followed, and Tai quickly amassed a large online following. After building his image and online reputation, Tai Lopez began to sell online courses. These courses have focused on many different online income methods, such as affiliate marketing, dropshipping, social media marketing agencies, Amazon FBA, and Real Estate. Tai Lopez has a podcast called "The Grand Theory of Everything," and he has given various TEDX talks. Tai Lopez also has an international book club with millions of members.

Controversy: Many people have accused Tai Lopez of being a scam artist and a fraudulent figure. Those who have taken his courses have complained of their lack of substance and usefulness. While some people may have had negative experiences with Tai Lopez's products, nothing he does is illegal. Instead, the quality of his courses is the main talking point. Whatever the case may be, Tai Lopez is clearly a master of internet marketing and the process of building an image for one's self on the web, which at least makes him worthy of some praise. 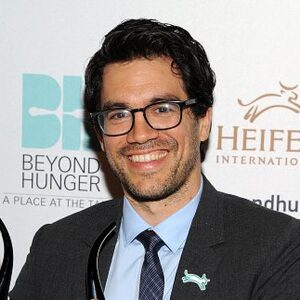