T. B. Joshua Net Worth

in Richest Celebrities › Authors
T. B. Joshua Net Worth:
$10 Million

Temitope Joshua Net Worth: Temitope Joshua is a Nigerian clergyman who has a net worth of $10 million. One of the richest people in Nigeria, Temitope made his fortune as the most controversial Christian minister, televangelist and faith healer who at the same time is an avid supporter of philanthropic causes.

Joshua is probably best known as the head of the Synagogue Church of all Nations (SCOAN), a congregation that he set up in 1987 and now accommodates more than 15,000 worshippers on Sundays. A bitter controversy has broken out for his divine powers to heal all sorts of incurable diseases like HIV/AIDS, cancer and paralysis. Being the perfect seduction for miracle-craving worshippers, Temitope Joshua and his SCOAN remain controversial both in Nigeria and abroad. The church has already opened branches in Ghana, the United Kingdom, South Africa and Greece. Also, he continues to provide aid and all kinds of help to the underprivileged on national and international scales through his Another Ministry. Over the last few years, he has donated more than $20 million to causes in education, healthcare and rehabilitation programs for former Niger Delta militants. Moreover, he owns Emmanuel TV, a Christian television network available both on satellite and on the Internet via the Streaming Faith broadcast portal. 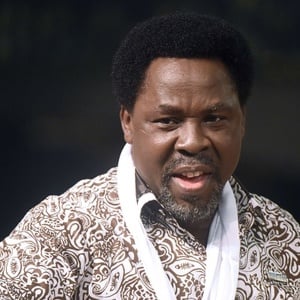