Sue Grafton net worth: Sue Grafton was an American author who had a net worth of $75 million dollars at the time of her death in 2017. Her "alphabet" series of books sold a collective tens of millions of copies and made Sue Grafton on of the richest authors in the world during her life.

Sue Grafton was born in Louisville, Kentucky in April 1940. She is known for her detective novels. Grafton is perhaps best known for authoring her alphabet series which takes place in the fictional location of Santa Teresa, California and features private investigator Kinsey Milhone. Sue Grafton is the daughter of detective novelist C.W. Grafton. She authored the books Keziah Dane and The Lolly-Madonna War. Grafton's alphabet series started in 1982 with "A" Is for Alibi. It includes "B" Is for Burglar, "C" Is for Corpse, "D" Is for Deadbeat, "E" Is for Evidence, "F" Is for Fugitive, "G" Is for Gumshoe, "H" Is for Homicide, "I" Is for Innocent, "J" Is for Judgment, "K" Is for Killer, "L" Is for Lawless, "M" Is for Malice, "N" Is for Noose, "O" Is for Outlaw, "P" Is for Peril, "Q" Is for Quarry, "R" Is for Ricochet, "S" Is for Silence, "T"Is for Trespass, "U" Is for Undertow, "V" Is for Vengeance, "W" Is for Wasted, "X", "Y" Is for Yesterday, and "Z" Is for Zero. Grafton wrote and developed the television series Nurse from 1981 to 1982. Unfortunately, Sue Grafton died on December 28, 2017 at the age of 77 after a battle with cancer.

Real Estate: Sue's longtime primary residence was a gorgeous two-acre property in Montecito, California. Her heirs listed the estate for sale at the beginning of 2019 for $8.5 million. The price was reduced to $6.99 million in November 2019. Sue and her husband Steve Humphrey designed the house themselves. They also owned a 28-acre property in Kentucky called Lincliff which they meticulously restored. 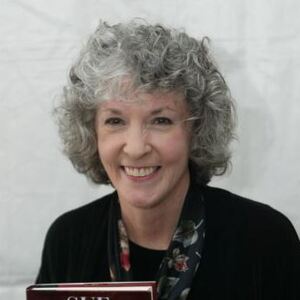