Steve Ditko Net Worth: Steve Ditko was an American comic book artist and writer who had a net worth of $1 million dollars at the time of his death in 2018. Born November 2, 1927 in Johnstown, Pennsylvania he was best known as the artist and co-creator, with Stan Lee, of Marvel Comics heroes Spider-Man and Doctor Strange. Ditko studied under Batman artist Jerry Robinson at the Cartoonist and Illustrators School in New York City, New York and began his professional career in 1953 as an inker in the studio of Joe Simon and Jack Kirby. During the '60s he also drew for Atlas Comics (a forerunner of Marvel Comics). In addition to being involved in the creation of Spider-Man and Doctor Strange, he was also instrumental in the creation of The Hulk and Iron Man. Ditko was inspired to be a cartoonist by his father's love of the newspaper comic strips and his interest escalated with the introduction of the superhero Batman in 1940. Following his discharge from the U.S. Army, Ditko learned that his idol, Batman artist Jerry Robinson, was teaching at the Cartoonists and Illustrators School in New York City and he made the decision to move there in 1950, where he enrolled in art school under the G.I. Bill. Steve Ditko was inducted into the comic industry's Jack Kirby Hall of Fame (1990) and the Will Eisner Award Hall of Fame (1994). Steve Ditko died in June 2018 at the age of 90. Movies based on his creations have earned billions of dollars at the global box office. 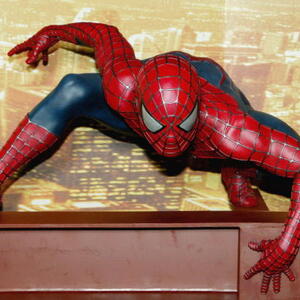