What is Stephen King's net worth?

Stephen King is a prolific American author of horror, supernatural fiction, suspense, and fantasy novels who has a net worth of $500 million. To date, his books have sold more than 350 million copies worldwide.

As of this writing, Stephen King has published more than 60 novels (including seven under the pen name Richard Bachman) and six non-fiction books Many of them have been turned into popular films or mini-series, including "Carrie," "It," "Stand by Me," "The Shawshank Redemption," "The Stand," "Misery," and "The Shining." He is often called the King of Horror.

Stephen King was born in Portland, Maine in 1947. His father left the family at a young age and King's mother, Nellie Ruth, raised Stephen and his adopted brother David alone. The family moved to Wisconsin, Indiana, and Connecticut before finally settling down in Durham, Maine.  When King was a child, he was with a friend when he was hit and killed by a train.  His family told him that after leaving home to play with the boy, King returned, speechless and in shock. The family found out about the boy's death later on that day. His mother took a job as a caregiver in a facility for the mentally ill when Stephen was eleven years.

King was interested in horror from a young age. Growing up he loved to read EC horror comics, which published "Tales from the Crypt." He started writing for fun as a kid. He sold his friends stories based on movies he had seeon. The first story King had published was called "I Was a Teenage Grave Robber."

Stephen attended Durham Elementary and Lisbon Falls High, in Lisbon Falls, Maine. King attended the University of Maine where he earned a Bachelor of Arts Degree in English. While in college, he wrote for the school newspaper. 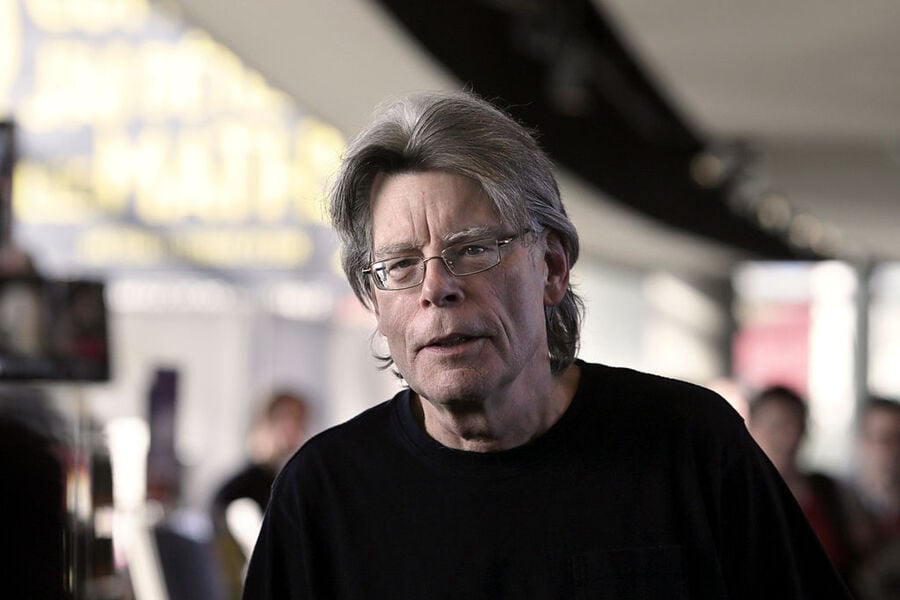 After graduating from college, King taught high school and sold short stories to men's magazines. In 1971, he was hired as a teacher at Hampden Academy in Maine. In 1973, King's novel "Carrie" was bought by Doubleday. This was the fourth novel King had written, but the first to be published. "Carrie" set King's career in motion and became a significant novel in the horror genre. In 1976, it was made into a successful horror film starring Sissy Spacek.

During the rest of the 1970s, King wrote "Salem's Lot," "The Shining," and "The Stand." In the fall of 1977 King took a position teaching creative writing at the University of Maine. In 1982, he wrote "Different Seasons," a collection of four dramatic novellas. This book is significant because three of the four of the novellas were turned into films: "Stand by Me," "The Shawshank Redemption," and "Apt Pupil."

In 1986, King published "It," which was the best-selling hard cover novel of that year in the United States. King also wrote "Cujo," "Pet Cemetary," "The Green Mile," and "The Dark Tower" series, to just name a few.

King married Tabitha Spruce on January 2, 1971. They have three children. Their daughter Naomi and her wife Rev. Dr. Thandeka are both Unitarian Universalist Church ministers living in Plantation, Florida. Both of the Kings' sons are authors. Owen King published "We're All in This Together: A Novella and Stories" in 2005. Joseph King, who writes under the name Joe Holl, published a collection of short stories, "20th Century Ghosts," in 2005 and a novel "Heart-Shaped Box," in 2007.

King and his wife are major philanthropists. He donates about $4 million each year to libraries, schools, organizations that fund the arts, and local fire departments that need updated lifesaving equipment such as the Jaws of Life. King and his wife created The Stephen and Tabitha King Foundation, which ranks sixth among charities in Maine with annual giving of more than $2.8 million per year.  In November 2011, King's foundation donated $70,000 in matched funding to help pay the heating bills for families in need in Bangor, Maine.

King and his wife own and divide their time between three homes. They have a Victorian home built in 1870 in Bangor, Maine which was their main residence for years but is now set to become a museum and writer's retreat. They also own a summer home in the lake region of Lowell, Maine near the border of New Hampshire. The couple also owns a waterfront mansion on the Gulf of Mexico in Sarasota, Florida. 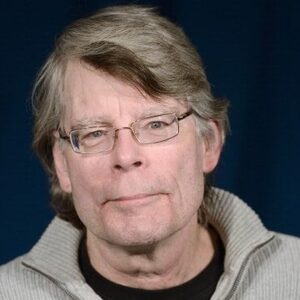