What was Stan Lee's Net Worth and Salary?

Stan Lee was an American comic book writer, actor and entrepreneur who had a net worth of $50 million dollars at the time of his death in November of 2018. Stan Lee was most famous for being the head of Marvel Comics where he was the creator or co-creator of dozens of iconic comic characters including "Spider-Man", the "Fantastic Four", "Iron Man", and "The Hulk". Stan Lee was inducted into the Will Eisner Comic Book Hall of Fame in 1994.

He was born Stanley Martin Lieber on December 28, 1922, in New York City, New York. At a very early age, Stan dreamed of writing the Great American Novel. This passion eventually led to becoming an editor of Marvel Comics in the 1960s. Even though his duties there were humble at first, he eventually rose to the positions of Marvel President and Chairman.

During his time running Marvel, he successfully led the company from a small publishing house to a major multimedia Corporation. Under Lee's guidance, Marvel Comics revitalized the superhero genre in general. In collaboration with several notable artists, like Jack Kirby and Steve Ditko, he was the co-creator of Spider-Man, the Hulk, the Fantastic Four, Iron Man, Thor, Captain America, as well as the Silver Surfer among numerous other fictional characters.

Movies involving his characters have generated more than $25 billion in revenue at the global box office. In August 2009, The Walt Disney Company bought Marvel for $4 billion. Stan did not see a huge financial gain from this sale, but Disney did agree to continue paying him a lifetime annual salary of $1 million. 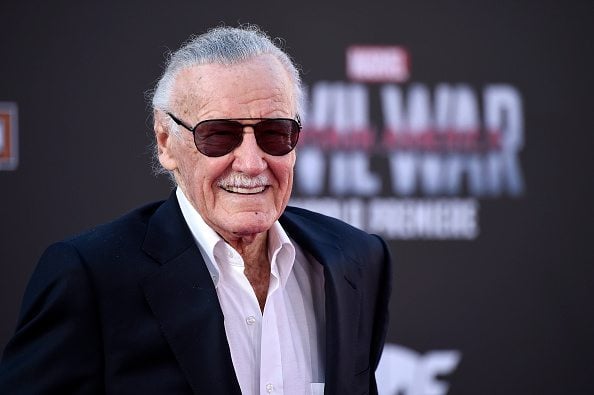 In 2002, Stan sued Marvel claiming his contract entitled him to a 10% cut of all profits earned off films and TV shows based on his characters. A judge initially sided with Stan but the two parties ultimately agreed on a one-time $10 million settlement. This might seem crazy in retrospect but believe it or not, at the time Marvel was actually LOSING money on most of its films thanks to a complicated financing and production plan that had been in place.

Stan Lee received two highly-coveted industry awards during his career; The Will Eisner Award Hall of Fame and Jack Kirby Hall of Fame, in 1994 and 1995, respectively.

Outside of the comic world, he has been also involved in charity works. He founded the Stan Lee Foundation in 2010 which focuses on Arts, Literacy and education.

Stan Lee was married to Joan B. Lee from 1947 until her death in 2017. They had two children; Joan Celia Lee and Jan Lee.

In a March 2014 Playboy interview, Stan Lee was asked how much he has financially gained from his involvement in Marvel over the years, especially after the company was sold to Disney for $4 billion. Lee's response was:

When asked if he thought that was fair considering George Lucas, who is similarly prolific, is worth $7.3 billion, Stan replied:

"George Lucas did it all by himself. He came up with the ideas. He produced the movies. He wrote and directed them and held the rights to the merchandising. It was all his. In my case I worked for the publisher. If the books didn't sell, the publisher went broke—and a lot of publishers did go broke."


For 40+ years, Stan lived in a modest two story home on a street that over time became one of LA's most desirable locations. His neighbors at one point included Dr. Dre and Leonardo DiCaprio. An average house on this street can easily list for $20 million. At one point his direct next-door neighbor sold a similar-sized (but vastly more updated) property for $29 million. He owned at least one other home in the same neighborhood which he bought for $4.4 million in 2016. And that was after selling a different home in the same neighborhood for $2.8 million.

He also had an extremely valuable art collection including original work not only from himself but from artists such as Salvador Dali, Roy Lichtenstein, Joan Miro and Pablo Picasso. 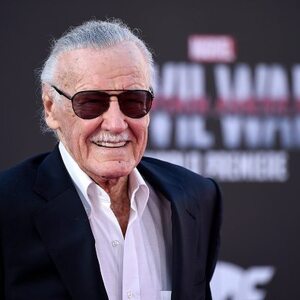