Sister Souljah Net Worth: Sister Souljah is an American author, activist, recording artist, and film producer who has a net worth of $500 thousand. Sister Souljah was born in The Bronx, New York in 1964. Souljah gained notoriety when Bill Clinton criticized her remarks about race in the United States during the 1992 presidential campaign.

These comments led to what is now known as a Sister Souljah moment. This term now describes a politician's public repudiation of an extremist person or group, statement, or position that is perceived to have some association with the politician or their party. Sister Souljah served as the executive director of Daddy's House Social Programs Inc. which is a non-profit corporation for urban youth that is financed by Sean "P. Diddy" Combs and Bad Boy Entertainment. Her only studio album 360 Degrees of Power was released in 1992 and she also appeared with Public Enemy. Her autobiography No Disrespect was published in 1995 and since then she has published four novels. 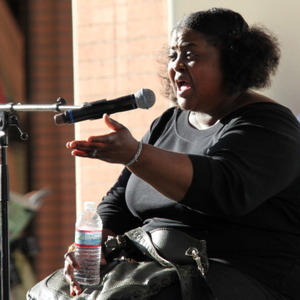