Siggy Flicker net worth: Siggy Flicker is an Israeli American television personality, author, matchmaker, and relationship expert who has a net worth of $4 million. Siggy Flicker was born in Israel in June 1967 and grew up in Cherry Hill, New Jersey. In 2011 she first appeared on the reality TV series Why Am I Still Single?!.

Flicker began starring on the reality television series The Real Housewives of New Jersey in 2016. She authored the books Write Your Own Fairy Tale: The New Rules for Dating, Relationships, and Finding Love On Your Terms. Flicker graduated from Monmouth University and has been working as a matchmaker for over 20 years. Her book Write Your Own Fairy Tale was published in 2015. Flicker has a weekly podcast called Just Sayin' along with Sammi Sweetheart and Clare Galterio. She has also appeared in episodes of the TV series Mob Wives: The Sit Down, Good Afternoon America, Big Morning Buzz Live, Project Runway, Project Runway All Stars, Fox and Friends, Today, Steve Harvey, Dr. Phil, Joy Behar: Say Anything, Dr. Drew Lifechangers, The Jeff Probst Show, and Wendy: The Wendy Williams Show. She has been married twice and has two children. 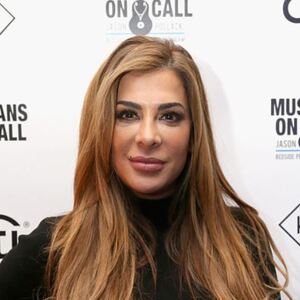