Sherry Turkle net worth: Sherry Turkle is an American professor and author who has a net worth of $1 million. Sherry Turkle was born in New York City, New York in June 1948. She earned her BA in Social Studies and Ph.D. in Sociology and Personality Psychology from Harvard University.

Turkle is the Abby Rockefeller Mauze Professor of the Social Studies of Science and Technology at the Massachusetts Institute of Technology (MIT). She focuses on psychoanalysis and the interactions between humans and technology. Turkle has authored the book Psychoanalytic Politics: Jacques Lacan and Freud's French Revolution, The Second Self: Computers and the Human Spirit, Life on the Screen: Identity in the Age of the Internet, Evocative Objects: Things We Think With, Falling for Science: Objects in Mind, The Inner History of Devices, Simulation and Its Discontents, Alone Together, and Reclaiming Conversation: The Power of Talk in a Digital Age. 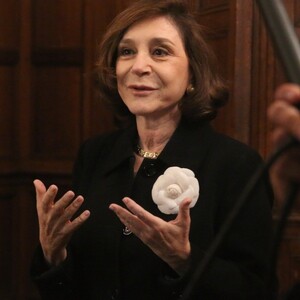