Scott Galloway net worth: Scott Galloway is an American professor, author, speaker, businessman, and entrepreneur who has an estiamted net worth of $30 million. Scott is perhaps best-known as the co-host of the podcast Pivot alongside journalist Kara Swisher.

In 1992 he founded a brand and marketing consultancy firm ca;;ed Prophet. In 1997 he founded one of the earliest e-commerce sites, Red Envelope.

In 2010 Scott founded the digital intelligence firm L2 Inc. which was later acquired by Gartner for a reported $155 million in 2017. Galloway also founded the activist hedge fund Firebrand partners in 2005. He has been on the board of directors for Eddie Bauer, Gateway Computer, The New York Times Company, Urban Outfitters, and more. Scott Galloway is known for his Winners & Losers talks. He teaches MBA students brand management and digital marketing.

Galloway has authored the books The Four: The Hidden DNA of Amazon, Apple, Facebook, and Google in 2017 and The Algebra of Happiness: Notes on the Pursuit of Success, Love, and Meaning in 2019.

Since 2018 he has co-hosted the popular podcast "Pivot" with journalist Kara Swisher. Through Pivot, Twitter and his website, Scott has been known to take on large companies that he thinks are not performing correctly in some manner. A notable example in 2019 was WeWork. One could argue that Scott's well-informed rants about WeWork had a significant influence on that companies disastrous fall from grace.

As a member of the Board of Directors of Urban Outfitters, Scott earns $440,000 per year.

Stock Holdings: In December 2019, Scott published a scathing take down of Twitter CEO Jack Dorsey. In the letter, which was addressed to Twitter's executive Chairman Omid Kordesanti, Galloway revealed that he owns 334,000 shares of Twitter, which at the time of publish were worth a little over $10 million. At various points that stake has been worth as much as $15 million and as little as $5 million.

During various podcast episodes and public lectures, Scott has implied that he also owns stakes in Apple and Amazon. In article published in February 2018 he said the following:

"The benefits of big tech have accrued for me on another level as well. In my investment portfolio, the appreciation of Amazon and Apple stock restored economic security to my household after being run over in the Great Recession." 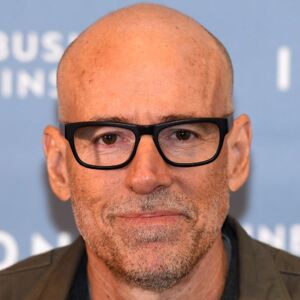