Sara Eisen net worth and salary: Sara Eisen is an American news correspondent and contributor who has a net worth of $5 million. Sara Eisen graduated from the Medill School of Journalism at Northwestern University with a degree in Broadcast Journalism and Business, and then went on to work for ForexTV.

She then began working for Bloomberg Television, and has since covered multiple G20 and IMF meetings around the globe. She has also interviewed a number of Federal presidents, including Eric Rosengren and Charles Plosser. The majority of her work is focused on news related to macroeconomics and foreign exchange, and she has covered the European debt crisis extensively. She is currently a correspondent for the morning show, "Bloomberg Surveillance", and regularly appears on "Lunch Money" an hour-long program that airs at noon. The programs are dedicated to news, advice, and opinions related to business, economics, and world financial affairs. She can also be heard on Bloomberg Radio and Bloomberg.com. 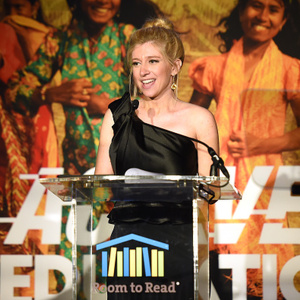