Sam George net worth: Sam George is an American professional surfer, writer, director, and screenwriter who has a net worth of $5 million. He was a competitive surfer and then became a contributing editor for Surfing magazine before becoming senior editor. He left Surfing magazine for Surfer magazine in 1990 and started a free tabloid called SurfNews in 1998.

George worked as executive editor for Surfer from 2000 to 2005. George has written for the documentaries Riding Giants, The Lost Wave, Crips and Bloods: Made in America, and Hollywood Don't Surf!. He directed Hollywood Don't Surf! and episodes of the TV series Big Wave Hellmen and 30 for 30 – Hawaiian: The Legend of Eddie Aikau. Sam is still an active surfer. He was married to singer Nia Peeples from 2004 to 2015. 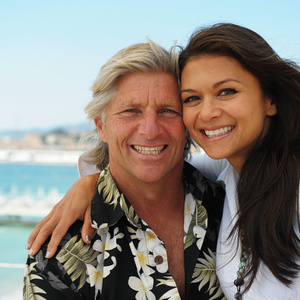