Sam Donaldson net worth and salary: Sam Donaldson is an American reporter and news anchor who has a net worth of $50 million. Sam Donaldson was born in El Paso, Texas in March 1934. He served as ABC's White House Correspondent from 1977 to 1989 and again from 1998 to 1999. Donaldson worked for ABC News from 1967 to 2013 and was a panelist and co-anchor on the television series This Week. He graduated from Texas Western College and was the station manager of campus radio station KTEP. Donaldson served in the United States Army and was a Captain. He started out at WTOP-TV in Washington, D.C. from 1961 to 1967 before joining ABC News. Donaldson has also hosted the TV series Primetime Live, 20/20, and World News Sunday. He retired from ABC News in 2013. Donaldson has won an Edward R. Murrow Award, four Emmy Awards, and three Peabody Awards.

For decades now, Sam has owned and operated a 27,000 square-foot cattle ranch in Lincoln County, New Mexico. In July 2005, three members of the ranch foreman's family were killed by the family's 14-year-old son Cody Posey. Cody was subsequently arrested and sentenced to juvenile detention until he turned 21. He was released in 2010. 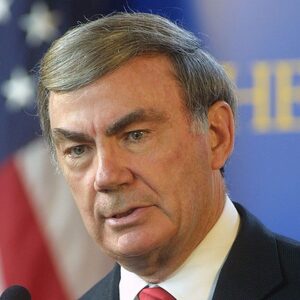