What is Salman Rushdie's Net Worth?

Salman Rushdie is a novelist and essayist who has a net worth of $10 million. Salman's works often deal with the postcolonial connections and rifts between Eastern and Western civilizations. Among his most acclaimed novels are "Midnight's Children" and "The Satanic Verses," the former of which won the Booker Prize in 1981. The latter novel, meanwhile, spurred major controversy, including protests and death threats from many Muslim populations.

Salman Rushdie was born on June 19, 1947 in Bombay, British India to Negin, a teacher, and Anis, a lawyer-turned-businessman. His family is Kashmiri Muslim, and he has three sisters. As a youth, Rushdie went to the Cathedral and John Connon School in Bombay, and then to the Rugby School in Warwickshire, England. For his higher education, he studied history at King's College, Cambridge.

Early on in his career, Rushdie worked as a copywriter for the advertising agencies Ogilvy & Mather and Ayer Barker. He also collaborated with musician Ronnie Bond to write the words for an advertising record for the Burnley Building Society.

Rushdie released his first novel, "Grimus," in 1975. A work of fantasy and science-fiction, it loosely follows the story of a young Native American man who gains the gift of immortality after drinking a magical fluid. At the time, it was mostly ignored by both the public and critics. Rushdie's breakthrough came in 1981, when he released his second novel, "Midnight's Children." The book focuses on the life of a child who was born at midnight on the day of India's independence, and is consequently gifted with special powers and a connection to other children born at the dawn of the nation's sovereignty. Launching the author to literary fame, the novel went on to win the Booker Prize. Following this, Rushdie released "Shame," which was a close runner-up for the Booker Prize in 1983.

In 1988, Rushdie released his most controversial novel, "The Satanic Verses." The book was highly acclaimed by critics, but drew extreme outrage among many Muslims who felt it was mocking their faith. More about this is written below. Rushdie's next novel was 1995's "The Moor's Last Sigh," a family epic spanning a century of Indian history. This was followed by 1999's "The Ground Beneath Her Feet," 2001's New York-set "Fury," and 2005's "Shalimar the Clown," set in both Kashmir and Los Angeles. Among Rushdie's other novels are "The Enchantress of Florence," "The Golden House," and "Quichotte." 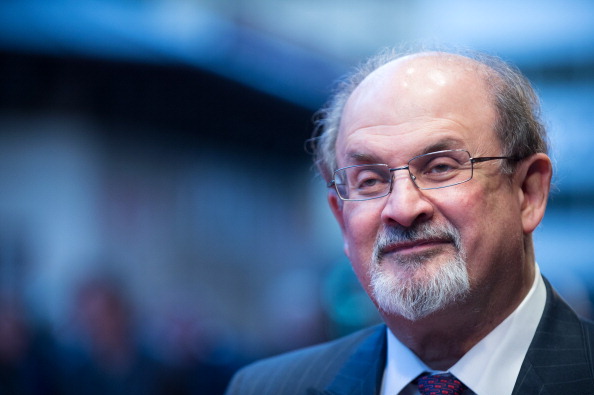 Rushdie has written many other kinds of works beyond novels, including non-fiction books, essay collections, and children's stories. His first full-length non-fiction work, "The Jaguar Smile: A Nicaraguan Journey," was published in 1987. It was followed by such works as "Imaginary Homelands: Essays and Criticism," "Step Across This Line," "The East is Blue," and the autobiography "Joseph Anton: A Memoir." In 2021, Rushdie released "Languages of Truth: Essays 2003-2020." Meanwhile, as a children's author, Rushdie wrote the 1990 fantasy book "Haroun and the Sea of Stories" and the 2010 sequel "Luka and the Fire of Life."

"The Satanic Verses" Controversy and Fatwā

Due to its allegedly blasphemous depiction of the prophet Muhammad, "The Satanic Verses" sparked widespread controversy and protests in the Islamic world. Bookstores were firebombed, while Muslim communities in the Western world held public rallies in which they would burn copies of the book. Many people involved with publishing and translating the novel were attacked, while some were even killed. Moreover, "The Satanic Verses" was banned in several countries with large Muslim populations, including India, Iran, Bangladesh, Kenya, Singapore, and South Africa. Eventually, in February of 1989, a fatwā ordering the assassination of Rushdie was issued by the Ayatollah Khomeini, the then-leader of Iran. As a result, Rushdie was forced to live under police protection for a number of years.

In the late 90s, Iran attempted to restore diplomatic relations with the UK, which had broken away from the country during the fatwā fracas. However, in 2005, Khomeini's fatwā was reaffirmed by religious leader Ayatollah Ali Khamenei. Later, in 2010, Rushdie was included on an Al-Qaeda hit list featuring figures it claimed had insulted Islam.

Among his many accolades, Rushdie has won the European Union's Aristeion Prize for Literature, Germany's Write of the Year Award, the Golden PEN Award, the Hans Christian Andersen Literature Award, and the award for Outstanding Lifetime Achievement in Cultural Humanism from Harvard University. For his services to literature, Rushdie was knighted by the Queen in June of 2007.

In 1976, Rushdie wed his first wife, Clarissa Luard. They had a son named Zafar, and divorced in 1987 after Rushdie began dating Australian writer Robyn Davidson. Subsequently, Rushdie married American novelist Marianne Wiggins in 1988; they divorced in 1993. His third wife was Elizabeth West, with whom he had a son named Milan. The pair was married from 1997 to 2004. Following this, from 2004 to 2007, Rushdie was married to actress, model, and television host Padma Lakshmi. Since 2000, he has resided primarily in New York City near Union Square.

Rushdie is mostly liberal in his politics. In the 80s, he supported the UK's Labour Party, and advocated for measures to eradicate racial discrimination against immigrants and ethnic minorities. Later, in the US, he championed the election of Barack Obama and was involved in the Occupy Movement. Rushdie has also been outspoken in his condemnation of religious extremism and its connection to the rise of totalitarian governments. 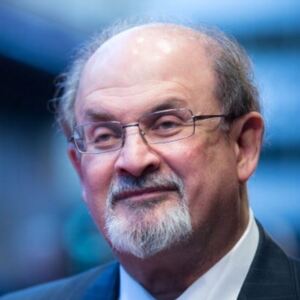