Ruth Rendell net worth: Ruth Rendell was an English author who had a net worth of $20 million at the time of her death in 2015. Ruth Rendell was born in South Woodford, London, England in February 1930. Rendell specialized in thrillers and psychological murder mysteries. She was well known for her Inspector Wexford series of 24 books which started with From Doon with Death in 1964.

Her form of crime fiction explores the psychological background of the criminals and their victims and finds many of them to be afflicted mentally or socially isolated. Rendell has also published a series of novels under the pseudonym Barbara Vine. Rendell published 27 standalone novels as of 2014. Her Inspector Wexford series was a successful television series adaption as The Ruth Rendell Mysteries starring George Baker from 1987 to 2000. Her works have also been adapted into the films Diary of the Dead, Live Flesh, The Tree of Hands, and Betty Fisher et autres histoires. Rendell won many awards including Mystery Writers of America Best Short Story Edgars, Gold Daggers for Fiction, Cartier Diamond Dagger for a Lifetime's Achievement in the Field, Mystery Writers of America Grand Master Award, and Mystery Ink Gumshoe Award for Lifetime Achievement. Unfortunately Ruth died on May 2, 2015. 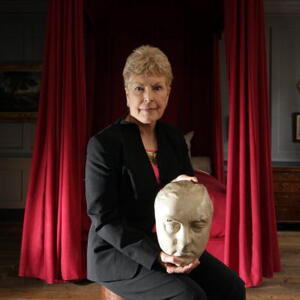