Romain Dauriac net worth: Romain Dauriac is a French journalist and editor who has a net worth of $1.5 million dollars. Romain Dauriac was born in France and first gained notice as the editor of the magazine, Clark, a French art magazine. He is currently the manager of a creative advertising agency.

He gained widespread attention after he began dating actress Scarlett Johansson. They began dating in late 2012 and are notoriously private about their relationship. They met through French tattoo artist, Fuzi Uvtpk, a mutual friend. They rarely appear in public together. In August of 2013, they became engaged, though the engagement was not made public until Scarlett Johansson was spotted with an engagement ring at a movie premier in September of 2013. The pair recently made headlines again, when it was announced that they were expecting their first child. The couple is reportedly "very happy", but no other information has been given. 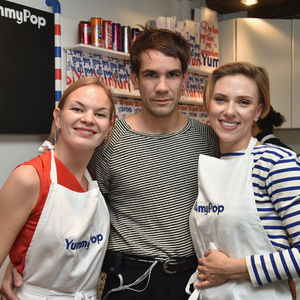