Roland Martin Net Worth: Roland Martin is an American journalist, author, and syndicated columnist who has a net worth of $3 million. Roland Martin was born in Houston, Texas in November 1968. He graduated with a B.S. in Journalism from Texas A&M University and earned a Master's degree in Christian communications from Louisiana Baptist University.

Martin is a syndicated columnist with Creators Syndicate and is a commentator for TV One as well as the host of News One Now. He has bene a contributor for CNN and has appeared in many TV series including The Situation Room and Anderson Cooper's AC360. Martin joined the Tom Joyner Morning Show as a senior analyst in 2008. As an author he has written the books Speak, Brother! A Black Man's View of America, Listening to the Spirit Within: 50 Perspectives on Faith, and The First: President Barack Obama's Road to the White House as originally reported by Roland S. Martin. In 2012 he was suspended by CNN for a controversial tweet about a Super Bowl ad featuring David Beckham. 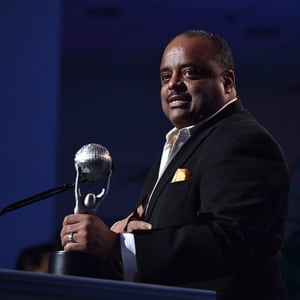