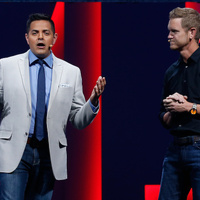 Robert Flores net worth and salary: Robert Flores is an American sports journalist who has a net worth of $2 million. Robert Flores was born in 1970 and is a native of Houston, Texas. Flores joined ESPN in 2005 and works as an anchor for ESPNEWS and ESPN's Sports Center since 2007. He also provides Taco Bell Studio Updates during ABC College Football and Saturday Night Football. Flores also is a substitute host for Friday Night Fights on ESPN2 and Baseball Tonight. He is the in the hall of fame at his alma matter J. Frank Dobie High School and graduated from the University of Houston. In March 2015 he became involved in an argument with NBA player Nick Young after making comments about his girlfriend Iggy Azalea.