Rob Liefeld net worth: Rob Liefeld is an American comic book creator, writer, and artist who has a net worth of $2 million. Rob Liefeld was born in October 1967 and grew up in Anaheim, California. He is a self-taught artist who became known for his work on Marvel Comics' The New Mutant and X-Force.

Liefield and many other popular illustrators at Marvel left the company in 1992 and founded Image Comics. The company helped comic books become owned by their creators and not just their publishers. Youngblood #1 was the first book to be published by Image Comics. Liefeld has worked on several comics including X-Factor, Uncanny X-Men, New Mutants, Wolverine, Heroes Reborn: Captain America, Brigade, Teen Titans, and Deadpool. He moved from Image Comics to a new company Awesome Comics in 1997. Liefeld has been considered to be a controversial figure in the comic industry. In 1997 he won the Eisner Award for Best Writer. 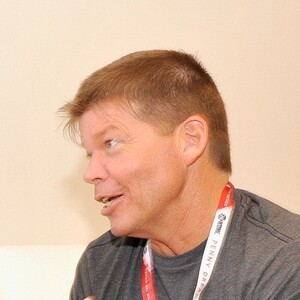