What is Rick Steves Net Worth and Salary?

Rick Steves is an American television personality and travel author who has a net worth of $15 million. Rick Steves is best known for his tourism documentaries, and he has traveled all around the globe during his entertainment career.

Rick is credited with discovering many of Europe's "hidden gems," and he urges travelers to explore less touristy areas during their vacations. His popular show "Rick Steves' Europe" debuted in 2005 and is still running as of 2020. He also runs a popular radio show called "Travel with Rick Steves." In addition, Rick Steves is a prolific writer with a newspaper column, and he has authored a number of travel books.

Richard John Steves Jr. was born on May 10th of 1955 in Barstow, California. Both of Rick's parents were musicians, and he was raised alongside two sisters. Although the family initially lived in California, they moved to Edmonds, Washington when Rick was 12. At the age of 14, Steves had his first taste of European travel after his parents organized a trip to see piano factories throughout the continent. While his parents were interested in improving their own business (a piano store), Steves fell in love with Europe and the joy of traveling. At the age of 18, he returned to Europe once again – this time without his parents.

Steves first started spreading his love for European travel while he was in his twenties. During this period, he started teaching a travel class through The Experimental College at the University of Washington. He also supported himself by teaching piano lessons during these early days. By 1979, Rick had written his first book: "Europe Through the Back Door." This book was self-published, and Steves then opened a travel center storefront which doubled as a piano lesson studio.

Gradually building his reputation as a travel expert, Steves organized a few group tours per year and continued to update his travel books. In 1991, the show "Travels in Europe with Rick Steves" debuted. After a seven-year run, the show ended in 1998. Just two years later, Steves created another show called "Rick Steves' Europe." This show has been going strong ever since, although there were some years during which no episodes were produced.

All of Rick's television series and other projects are produced through his own production company called Back Door Productions. In 2005, Steves launched a radio show called "Travel with Rick Steves." In 2006, he started writing a column for newspapers that focused on travel. 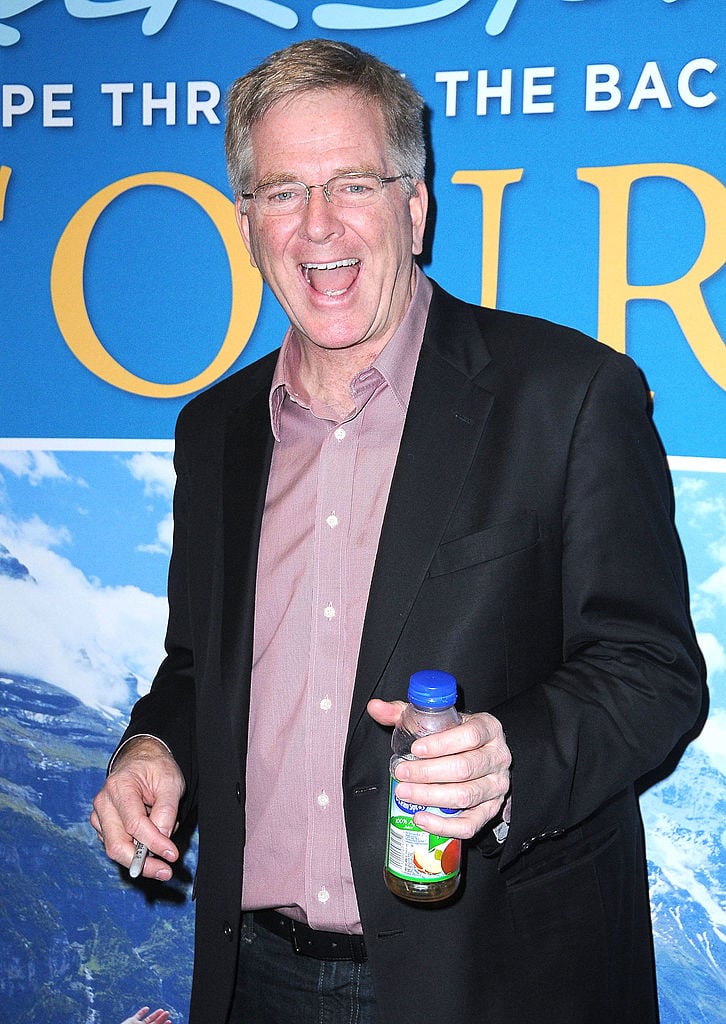 A huge part of Steves' popularity comes from his unique philosophy on the concept of travel. He believes that in order to truly experience a destination, you have to become what he calls a "temporary local." This means visiting small villages and straying from the path of a normal tourist route through a nation.

Rick Steves has very strong personal views. He is a registered Democrat who has endorsed Hillary Clinton, and he is an active Lutheran Christian. In terms of religion, Steves is especially passionate about Martin Luther's teachings, the European Reformation, and similar topics. He regularly becomes involved with organizations such as the Lutheran Peace Fellowship, the Luther Institute, and the Lutheran Theological Seminary.

One of Steves' most outspoken political views is that cannabis should be legalized. He believes that marijuana is a "soft drug" that does little harm compared to things like alcohol and tobacco, which are both legal. Steve regularly voices concerns about the growing prevalence of homelessness, which is a major issue in his home state of Washington.

In terms of charitable donations, Steves once donated royalties from one of his books to Bread for the World, an organization that strives to end world hunger. He also donated $1 million to the Edmonds Center for the Arts. In addition, Steves donated $50,000 to the ACLU after pledging that he would donate $1 for every $1 spent on his website during inauguration day.

Rick Steves was first married to a woman named Anne, although they divorced in 2010. During their relationship, the couple had two children together. Rick's son Andy later became a travel expert in his own right, founding the company Weekend Student Adventures Europe. Andy also wrote a book called "Steves' Europe: City-Hopping on a Budget." In 2019, it was announced that Rick Steves had started dating a bishop named Shelley Bryan Wee.

In 2017, it was announced that Rick Steves had donated a 24-unit apartment complex to the YWCA in Seattle. His goal was to house homeless individuals in the city. He admitted that he had started buying up cheap apartments decades earlier as part of a retirement plan. This was after he had experienced success in the television industry. As part of the official press release, Rick reported that the apartment complex was worth $4 million.

In 2010, Rick Steves launched a mobile phone app called "Rick Steves Audio Europe." It is available for Android and iOS, and it provides travelers with a compilation of Rick's self-guided tours throughout Europe. The app also includes travel tips and cultural insights. This app has received high ratings, and it has been downloaded by hundreds of thousands of users. 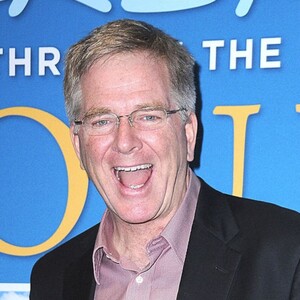