Richard Quest net worth and salary: Richard Quest is an English journalist, news anchor, and reporter who has a net worth of $4 million. Richard Quest was born in Liverpool, Merseyside, England in March 1962. Quest works for CNN International and anchors Quest Means Business. He also hosts the monthly TV series CNN Business Traveler and CNN Marketplace Europe.

Quest anchored the monthly series Quest and the daily show CNN Today previously. Quest earned his law degree at the University of Leeds and also studied at Vanderbilt University where he was a news director for the campus radio station. He became a trainee journalist for the BBC and joined their financial section in 1987. Quest later became the BBC's North American business correspondent out of New York City, New York. He worked for the BBC News 24 channel before joining CNN in 2001. He was arrested in 2008 for being in possession of crystal methamphetamine. Quest has described his past as a closeted gay man on his show Quest Means Business. In 2010 he was nominated for an Emmy for Outstanding Live Coverage of a Current News Story – Long Form. 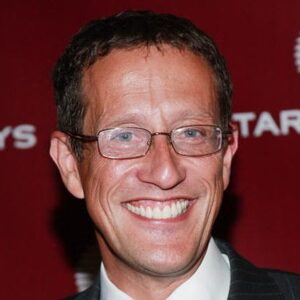