Richard Madeley net worth: Richard Madeley is a British television personality, columnist, and novelist who has a net worth of $5 million. Richard Madeley was born in Romford, Essex, England in May 1956. He started out his media career working at local newspapers and at the age of 19 he became a news producer and presenter for BBC Radio Carlisle.

Madeley was a reporter on the Lookaround local news for Border Television. He has appeared on nearly 100 television series. Madeley presented the TV series Cluedo from 1991 to 1993. He also presented on the TV series Tonight with Richard Madeley and Judy Finnigan in 1996 and Richard and Judy Exclusive in 1997. He presented the television series Fortune: Million Pound Giveaway in 2007. One of his best known roles came as presenter on the TV series Richard & Judy from 2001 to 2009. He presented the television series This Morning from 1988 to 2014 and has guest hosted on the series The Wright Stuff since 2012. Richard met Judy Finnigan in 1982 and they got married in 1986 and had two children together. They co-wrote their autobiography Richard and Judy: The Autobiography in 2002 and in 2008 Madeley's book Fathers and Sons was published. 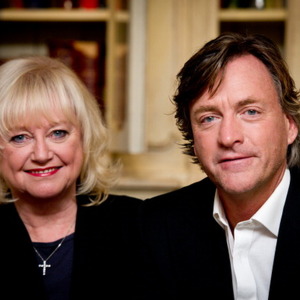