As far as we can tell, Richard Dawkins has never been on any of Sunday Times Rich Lists and his net worth is not more than $10 million. Richard Dawkins was born in Nairobi, Kenya in March 1941. From 1995 to 2008 he served as the University of Oxford's Professor for Public Understand of Science. Dawkins is now an emeritus fellow of New College, Oxford. His 1976 book The Selfish Gene helped to popularize the gene centered view of evolution and also first introduced the term meme. Dawkins introduced the concept that phenotypic effects of a gene and not limited to an organism's body and can stretch into the environment which includes the bodies of other organisms. He presented this concept in his 1982 book the Extended Phenotype. He is an atheist and a patron of the British Humanist Association. Dawkins has criticized creationism and intelligent design and argued against the watchmaker analogy in his 1986 book The Blind Watchmaker. His 2006 book The God Delusion has sold over three million copies. Dawkins founded the Richard Dawkins Foundation for Reason and Science. He has also been a part of several documentary films. In 2017 Richard released the book "Science in the Soul: Selected Writings of a Passionate Rationalist. 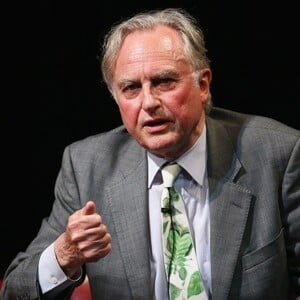