Rich Froning Jr. Net Worth: Rich Froning Jr. is an American professional CrossFit athlete who has a net worth of $5 million. Froning Jr. was born in Mount Clemens, Michigan in July 1987. He was an all-district, all-region second baseman on the baseball team at Cookeville High School. He attended Walters State Community College on a baseball scholarship. Rich worked at the Cookeville Fire Department and studied at Tennessee Technological University. He developed a passion for CrossFit and started coaching and competing in 2010. He won the 2010 CrossFit Games Central East Regional and finished second at the national 2010 CrossFit Games. He won the 2011 CrossFit Games and became "The Fittest Man on Earth". Froning also won the competition in 2012, 2013, and 2014, becoming the first person to be the Fittest Man on Earth four times. He opened up his own CrossFit gym in Cookesville, TN. Although it is popular in the CrossFit community, Rich does not partake in the Paleolithic diet. His memoir First: What It Takes to Win was published in 2013. His personal bests include 370 pounds for the Clean and Jerk, 300 lbs. for the Snatch, 545 on Deadlift, and 445 on Back squat.

[The photo of Rich Froning seen on this page was taken by Lance Cpl. Derrick K. Irions/US Marines and licensed via Creative Commons] 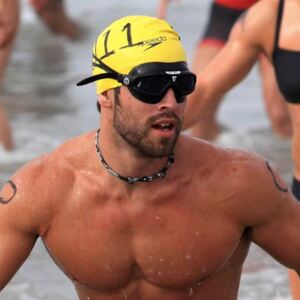