Ram Dass net worth: Ram Dass was an American spiritual teacher and author who had a net worth of $100 thousand at the time of his death. Due to decades of incredible charity, Ram was much "poorer" than he could have been when he died. Incredibly, Ram Dass donated all of his book royalties to charity every year. It's estimated that his royalties generate as much as $1 million every year for various charities. Ram suffered a debilitating stroke in 1997 that left his body paralyzed on the right side and caused euphasia (extreme difficulty speaking).

Ram Dass was born in Boston, Massachusetts in April 1931. He is known for traveling to India to visit Hindu guru Neem Karoli Baba as well as his professional association at Harvard University with Timothy Leary during the 1960s. Dass founded the charities Seva Foundation and Hanuman Foundation. One of his best known works is his 1971 book "Be Here Now". Ram Dass also authored the books "Identification and Child Rearing" (with R. Sears and L. Rau) in 1962, "The Psychedelic Experience: A Manual Based on the Tibetan Book of the Dead" (with Timothy Leary and Ralph Metzner) in 1964, "LSD" (with Sidney Cohen) in 1966, "Doing Your Own Being" in 1973, "The Only Dance There Is" in 1974, "Grist for the Mill" (with Stephen Levine) in 1977, "Journey of Awakening: A Mediator's Guidebook" in 1978, "Miracle of Love: Stories about Neem Karoli Baba" in 1978, and several more.

For his remaining years, Ram lived in a house in Maui that is worth several million dollars but it was reportedly owned by a friend and not Mr. Dass himself. 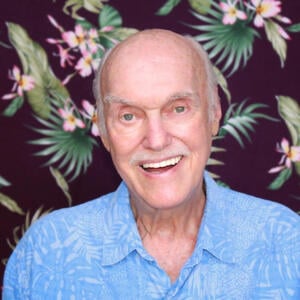