A. R. Bernard Net Worth

in Richest Celebrities › Authors
A. R. Bernard Net Worth:
$5 Million

A.R. Bernard Net Worth: A.R. Bernard is an American spiritual leader and life coach and who has a net worth of $5 million. A.R. Bernard was born August 20, 1953. He is the CEO of Christian Cultural Center (CCC) located in Brooklyn, New York, a ministry and nonprofit which boasts over 33,000 members and resides on an 11.5-acre campus.

He is also the President of the Council of Churches of the City of New York, representing 1.5 million Protestants, Anglicans and Orthodox Christians. He sits on the NYC Economic Development Corporation Board, has served on NYC School Chancellor's Advisory Cabinet and Mayor Michael Bloomberg's 2001 Transition Team. Prior to becoming a Born Again Christian in January 1975, Bernard was a part of the Muslim American movement. In 1978, he and his wife Karen started a bible study in the kitchen of their Brooklyn railroad apartment. Bernard left his 10-year banking career in 1979 to go into ministry full-time. As the bible study group grew, so did the need for a facility. The Bernards took their savings and rented a small storefront in the Greenpoint section of Brooklyn and later that year Household of Faith Ministries was incorporated. In 1988, Household of Faith purchased and renovated an abandoned Brooklyn supermarket into a 1000-seat sanctuary, complete with administrative offices and a bookstore. Household of Faith was renamed Christian Life Center and formally moved into its property in June of 1989 with a membership of 625. Bernard is also the founder of Brooklyn Preparatory School in New York City and Cultural Arts Academy Charter School. Formed in 1993, BPS is a premiere early education institution dedicated to serving young children ages 3–6. Their June 1999 first grade graduates ranked 91st in the national percentile in reading and 96th in the national percentile in mathematics. Bernard has been featured in New York Magazine, The New York Times, The New York Post, The New York Daily News, Black Enterprise, Essence, Class Magazine, Charisma and a host of other newspapers and magazines. 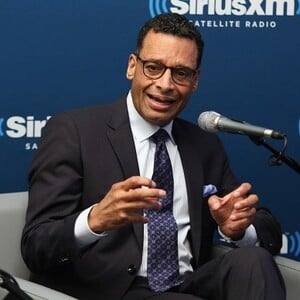