Priscilla Shirer net worth: Priscilla Shirer is an American author, motivational speaker, actress, and Christian evangelist who has a net worth of $3 million. She is perhaps best known for being the daughter of Christian pastor Tony Evans.

Priscilla Shirer was born in Dallas, Texas in December 1974. She is the daughter of mega church pastor Tony Evans and the sister of Christian entertainer Anthony Evans. Priscilla Shirer helped establish Going Beyond Ministries. She earned her master's degree from Dallas Theological Seminary. Shirer married former Hilton Hotels executive Jerry Shirer in 1999. She has authored the books Fervent; A Woman's Battle Plan for Serious, Specific and Strategic Prayer, He Speaks to Me: Preparing to Hear from God, Discerning the Voice of God: How to Recognize When God Speaks, And We Are Changed: Encounters with a Transforming God, and A Jewel in His Crown: Rediscovering Your Value as a Woman of Excellence. As an actress Priscilla Shirer appeared in the films War Room, I Can Only Imagine, and Overcomer. 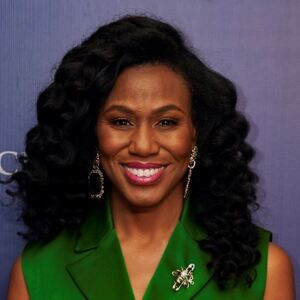