Poppy Harlow net worth and salary: Poppy Harlow is an American journalist who has a net worth of $6 million. Poppy Harlow was born in Minneapolis, Minnesota in May 1982. She graduated from Columbia University and is best known for reporting at CNN as well as Forbes.com. She was an intern at CBS and then worked for CBS MarketWatch before becoming an anchor and reporter for NY1 News.

Harlow took a job with the Forbes.com Video Network in 2007. In 2012 she was named a New York based CNN correspondent after joining the network in 2008 as anchor for CNNMoney.com and a reporter for CNN, HLN, and CNN International. In 2015 she briefly passed out live on the air. Harlow is also a weekday relief presenter on the CNN television series New Day. In 2013 she was criticized for appearing to have sympathy for a pair of high school football players who were convicted as rapists. 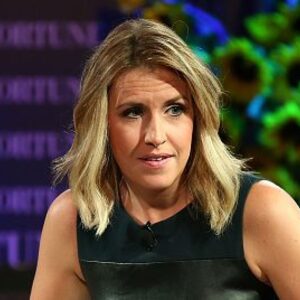