Pippa Middleton Net Worth: Pippa Middleton (also known as Pippa Matthews) is an English socialite and the younger sister of Catherine, the Duchess of Cambridge (aka Kate Middleton). Pippa has a net worth of $50 million, the majority of which is attributable to her husband James Matthews, who comes from an extraordinarily wealthy and aristocratic family.

Middleton first got the media's attention with her appearance at the Royal wedding of Prince William and Catherine in 2011. Pippa's simple yet gorgeous Alexander McQueen gown, as well as the similarity in age and looks among the sisters became some of the most-discussed highlights when Pippa served as Kate's maid of honor on her big day. Subsequently, her popularity reached global proportions, often reviving lengthy press coverage regarding her lifestyle, social life, or the way she dresses. Middleton has become a leading socialite in London circles, and she was named Britain's most eligible 'society singleton' of 2008 by "Tatler" magazine. Rising to the ranks of a celebrity in her own right, Pippa has published two books, "Celebrate" (2012) and "Heartfelt" (2016).

Early Life: Pippa Middleton was born Philippa Charlotte Middleton on September 6, 1983, in Reading, Berkshire, England. Her mother, Carole, is a former flight attendant, and her father, Michael, formerly worked as a flight dispatcher for British Airways. Pippa grew up in Reading and Bucklebury, Berkshire, with older sister Catherine and younger brother James, and she attended St Andrew's School and Downe House School. She then attended Marlborough College on a sports/all-rounder scholarship and later earned an English literature degree from the University of Edinburgh.

Career: After graduation, Middleton worked at a public relations firm that focused on luxury products, then took an events management job with the London-based company Table Talk. She has also worked for Party Pieces, her parents' company, editing their magazine "Party Times," and she was paid a £400,000 advance by Penguin Books for "Celebrate," a book about party planning. In 2012, "Time" magazine named Pippa one of the world's 100 most influential people. Middleton has written articles for "The Spectator" magazine and columns for "Waitrose Kitchen," "Vanity Fair," and "The Sunday Telegraph." In May 2013, she set up a company called PXM Enterprises Limited, and she served as the sole director and shareholder. Pippa closed the business, which reportedly managed her "publishing activities," in September 2017. 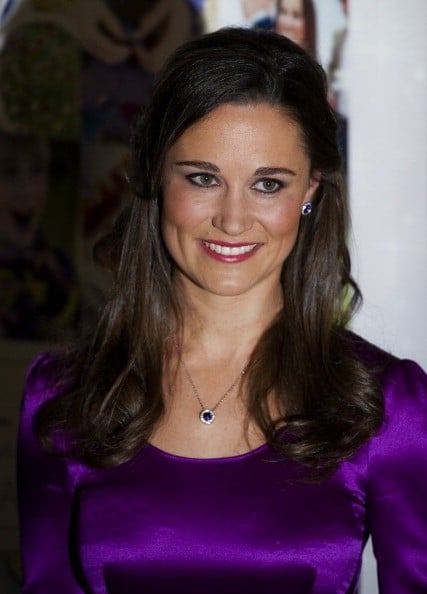 Personal Life: Pippa dated hedge fund employee Nico Jackson from 2012 to 2015, then began a relationship with hedge fund manager James Matthews, who was previously a professional racing driver. The couple became engaged in July 2016, and they married on May 20, 2017. Middleton and Matthews welcomed son Arthur on October 15, 2018, and daughter Grace on March 15, 2021. James is the son of the Laird of Glen Affric, a 10,000-acre Scottish estate; when Matthews inherits the lairdship, Middleton will become known as Lady Glen Affric. In September 2016, a hacker claimed that he had gained access to 3,000 images from Pippa's iCloud account. He contacted "The Sun" and demanded "a minimum of £50,000" for Middleton's photos, and the newspaper alerted Pippa, who then contacted the police. The hacker, who called himself "Crafty Cockney," was arrested later that month.

Philanthropy: Middleton was named an ambassador to Berkshire's Mary Hare School for deaf children in 2013, and the following year, she became a British Heart Foundation ambassador. She participated in the Race Across America and Bosphorus Cross-Continental Swimming Race for the British Heart Foundation, and her bicycle was auctioned off to raise money for the organization. In 2015, Pippa attended the charity's Roll out the Red Ball event and auctioned off an L.K.Bennett dress she owned, and in 2016, she published the cookbook "Heartfelt," donating the proceeds to the British Heart Foundation. In 2015, she took part in a swim-run competition for the Michael Matthews Foundation, which was launched in honor of her future husband's brother, who tragically perished in 1999 while attempting to become the youngest Brit to climb Mount Everest. 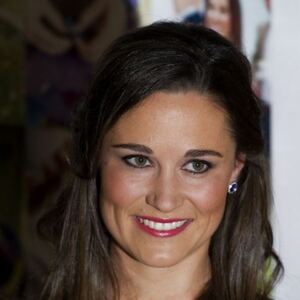