Peter Sagal net worth: Peter Sagal is an American playwright, screenwriter, actor, journalist, and radio host who has a net worth of $500 thousand. Peter Sagal was born in Berkeley Heights, New Jersey in January 1965. He is also a runner who has completed more than a dozen marathons including four Chicago Marathons and four Boston Marathons.

Sagal is known for hosting the National Public Radio game show Wait Wait… Don't Tell Me!. He has also hosted the PBS television series Constitution USA with Peter Sagal. He narrowly avoided the 2013 Boston Marathon bombing as he was serving as a guide for partially sighted runner William Greer. He served as a writer for the films Savage and Dirty Dancing: Havana Nights. Peter Sagal provided voice work for the 2015 film Inside Out. He has written for publications including Runner's World magazine, The New York Times Magazine, the Chicago Tribute, Time magazine, and more. 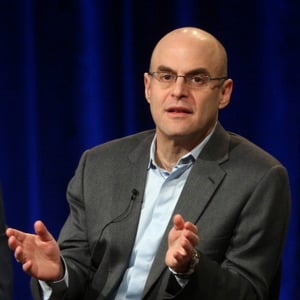