Pedro Gomez net worth: Pedro Gomez is a Cuban American reporter and sports journalist who has a net worth of $2 million. Pedro Gomez was born in 1962 and grew up in Miami, Florida. He is best known for appearing on the ESPN television series SportsCenter and is also a baseball reporter and member of the Baseball Writers' Association of America.

Gomez has covered 15 World Series and more than 10 All-Star Games. He is also a voting member of the Baseball Hall of Fame. He graduated from Miami-Dade Community College and the University of Miami. He covered the Oakland Athletics as a writer and then worked for the Arizona Republic. 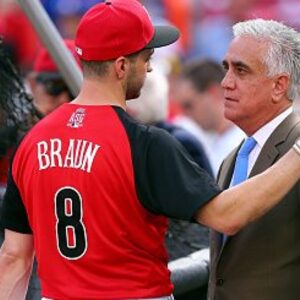