Paulo Coelho is a Brazilian novelist, musician, and lyricist who has a net worth of $500 million dollars. He is best known for his novel "The Alchemist." He uploaded his personal papers in 2014 to create a virtual Paulo Coelho Foundation.

Paulo Coelho was born in Rio de Janeiro, Brazil, on August 24, 1947, and wanted to become a writer when he was growing up. His parents sent him to a mental institution when he was 16; Coelho escaped at least three times before his release four years later. Coelho later remarked that "It wasn't that they wanted to hurt me, but they didn't know what to do…They did not do that to destroy me, they did that to save me." At his parents' insistence, he enrolled in law school for a year before dropping out to travel the world. He began living the hippie nomad lifestyle that was common at the time, traveling through North Africa, Mexico, South America, and Europe.

In the 1960s, he began using drugs and returned to his native country to work as a lyricist. He began writing for acts such as Raul Seixas, Elis Regina, and Rita Lee. Working closely with Raul led to Coelho being associated with magic and occultism, due to the content of some songs. In 1974, he was arrested for "subversive" activities and, by his account, was tortured by the military government in Brazil. Before pursuing his career as a novelist, he worked as an actor, journalist, and theatre director.

His first book, "Hell Archives," was published in 1982 to little success and in the mid-80s, he took a 500-mile trip through Spain and considers this his spiritual awakening; he chronicles the journey in his story "The Pilgrimage" which he wrote in 1987. Coehlo decided to leave his now-lucrative songwriting career and pursue writing full time. In 1986, he contributed to "Practical Manual of Vampirism." He wrote his famous novel "The Alchemist" a year later. It was published through a small Brazilian publishing house that initially printed 900 copies and decided not to print anymore. Coelho then found a bigger publishing house and with the next publication of his next book, "Brida," "The Alchemist" took off and became a national bestseller. HarperCollins decided to publish the book in 1994, and it then became an international bestseller.

"The Alchemist" has now sold more than 65 million copies around the world and holds the Guinness World Record for the most translated book by an author who's still alive. In an interview with the Syrian Forward Magazine, Coelho stated that the Sufi tradition had been an influence on him during the writing process of "The Alchemist" and his later novel "The Zahir." Since he published "The Alchemist," Coelho has written at least one novel every two years. Four of them are autobiographical: "The Pilgrimage," "Hippie," "The Valkyries" and "Aleph." The rest of them are broadly fictional. He has books like "Maktub," "The Manual of the Warrior of Light." and "Like the Flowing River" that are collections of essays, selected teachings, or newspaper columns. 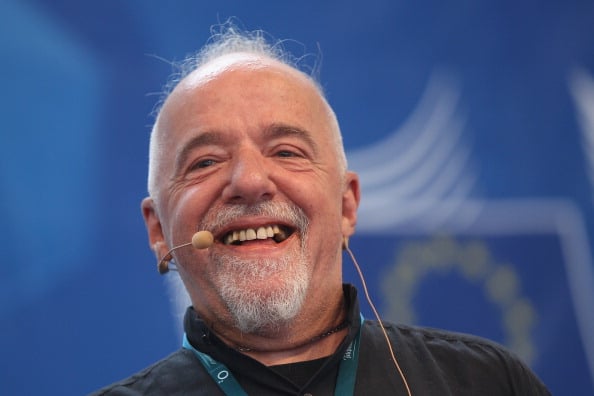 In 2014, "The Pilgrim — Story of Paulo Coelho", a biography of his life, shot in Portuguese, premiered in Brazilian theaters in 2014. The film was distributed internationally in 2015. A co-production between Brazil's Drama Films and the Spanish Babel Films, the younger and older Coelho are played by two different actors.

On December 22, 2016, Coelho was listed by the UK-based company Richtopia as the No. 2 out of 200 most influential contemporary writers. Reactions to his writing have been sometimes controversial over the years. Coelho was raised Catholic but his political stances have been described as incompatible with the church due to his New Age content in his books. He has vocally rejected such criticism and brushed it off as invalid.

In 2016, he was contacted by basketball player Kobe Bryant who wanted to discuss a children's book project with him. A few months before Bryan's tragic death in a helicopter crash in January 2020, they had begun to write the book together. Upon his passing, Coelho decided to delete the entire draft, saying in an interview that it didn't make any sense to publish it without him. Coelho never disclosed how many pages had been written, the title of the book, or what it was about. In 2018, it was announced that Coelho had signed on for a TV series based on the characters of his novels "The Devil and Miss Prym, "Brida," and "The Witch of Portobello." Later that year, he released his next book, "Hippie." 2020 saw the release of his novel "Archer."

As of 2021, Coelho has published 33 titles, a handful of which include: "The Fifth Mountain", "Veronika Decides to Die", "Eleven Minutes", "By the River Piedra I Sat Down and Wept," "The Genie and the Roses," "Fathers, Sons, and Grandsons." and "The Witch of Portobello". His combined works have sold more than 320 million copies. His work has been published in more than 170 countries and translated into eighty-three languages. Coelho's many devoted fans call his books inspiring and life-changing.

Coelho married artist Christina Oiticica in 1980. The couple at one point split their time evenly between their houses in Rio de Janeiro and the Pyrenees Mountains of France, but they now permanently reside in Geneva, Switzerland. In 1996, Coelho founded the Paulo Coelho Institute, a charity that provides support to children and the elderly. 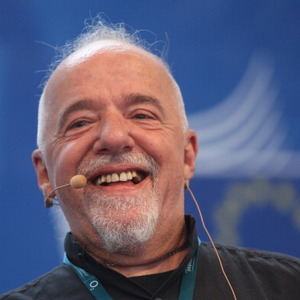