Paula Pell net worth: Paula Pell is an American comedy writer, producer, and actress who has a net worth of $2 million. Paula Pell was born in April 1966. She is best known for being a writer on the NBC television series Saturday Night Live. She started as a writer with SNL in 1995.

Pell has produced and written for the NBC television series 30 Rock. She was executive producer of the TV series Thick and Thin in 2006. She has worked with Judd Apatow on the movies Bridesmaids and This is 40. As an actress she first appeared in the TV series The Colin Quinn Show in 2002. She had a recurring role as the television series 30 Rock from 2007 to 2013 as Paula Hornberger. In 2013 she starred in the series Hudson Valley Ballers and from 2013 to 2014 she voiced the role of Gadget Gal in the TV series The Awesomes. Pell made a cameo in the 2013 movie Anchorman 2: The Legend Continues. She won a Primetime Emmy Award and four Writers Guild of America Awards for Saturday Night Live. 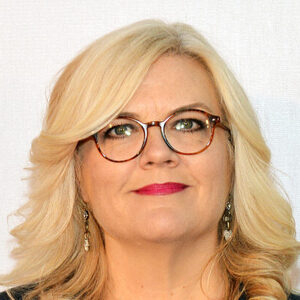