What is Pattie Mallette's Net worth?

Pattie Mallette is a Canadian author who has a net worth of $10 million dollars. She is probably best known for being the mother of Justin Bieber. She served as his manager early in his music career.

Born in Stratford, Ontario, Canada, on April 2, 1975, to Diane and Michael Mallette, Pattie Mallette had a very troubled childhood rife with abuse and violence. Her father abandoned their family when she was two, and her older sister was struck by a car and tragically killed while crossing the street to the babysitter's house when she was just five years old. She was sexually abused beginning at age three, with the accused including a male babysitter, one of her grandfather's friends, and neighborhood kids.

Malette showed a great interest in acting and singing from the time she was nine years old. She appeared on "Romper Room" and "Big Top Talent," local children's TV shows. She was a talented singer and actress, and began working in the theater professionally in her early teens. She was cast in two theatrical productions at the Stratford Shakespeare Festival, a local festival that would bring 500,000 tourists to the town each year. She took drama and choir all throughout middle and high school, along with seven years of dance lessons.

Mallette earned several trophies and awards for her acting and singing talents and was even signed to an agent in Toronto. However, auditions began to require her parents to drive her nearly 2 hours each way to Toronto every weekend, and they could no longer keep up with the commitment due to busy careers.

Unfortunately, as Mallette's personal life spun out of control, so did her burgeoning acting career. Mallette was devastated as it appeared her dream of an acting career was slipping from her grasp. The aforementioned sexual abuse continued until she was 14 and then she was the victim of date rape at age 15. She eventually ended up dealing drugs and stealing to support herself. At the age of 14, she set fire to a school bathroom and was suspended. 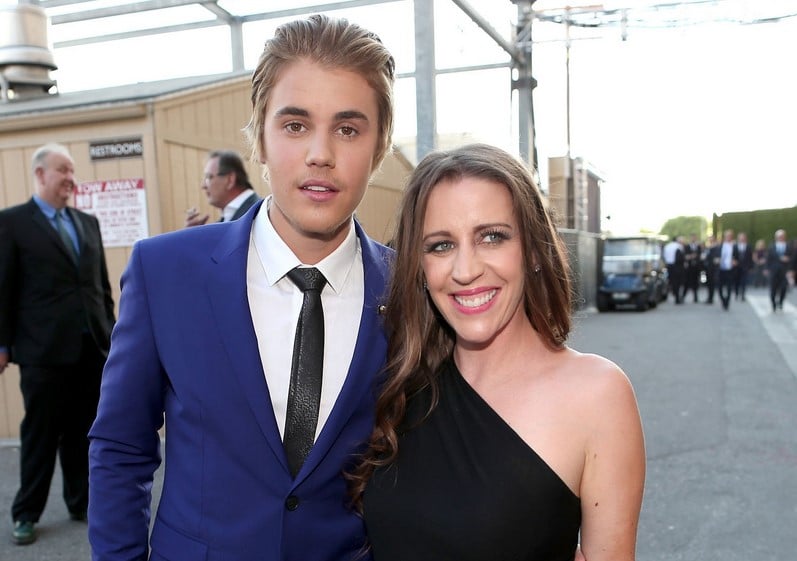 Pattie was 15 years old when she began a relationship with Jeremy Bieber. They were together for two years before they temporarily parted ways. At the age of 17, Mallette attempted suicide by throwing herself in front of a truck. This led to her being committed to a mental ward, and while there, she became a devout born-again Christian, a belief she still holds steadfast to. After she got out of the hospital, she rekindled her relationship with Jeremy Bieber and six months later, she got pregnant.

She gave birth to her son, Justin Bieber, on March 1, 1994, in Ontario London just before her 19th birthday. After the birth of Justin, Jeremy and Pattie maintained a relationship for a brief time but ultimately split up. She went on to finish high school and attend college on a scholarship while raising him with the help of her parents.

Justin Bieber showed musical talent from a young age, teaching himself to play the drums by age four, and then adding piano, guitar, and trumpet by age six. In 2007, Pattie entered him into a local Stratford Star talent show, where he performed Ne-Yo's "So Sick." He finished second in the competition and Mallette posted a video on YouTube for their family and friends to view. After her son's online popularity grew, she continued to upload videos of other performances to YouTube. Bieber was discovered by record executive Scooter Braun after he accidentally clicked on one of his YouTube videos. Taken with his performance, Braun tracked Bieber down and convinced Mallette to drive Bieber to Atlanta to record some demo tapes. In just a week after he arrived in Atlanta, Bieber was already singing for Usher. Shortly after, he was signed to Raymond Braun Media Group and later signed to Island Records.

Justin and Pattie moved to Atlanta and she became his manager. Braun had taken over most management duties by 2008. Today, Justin Bieber is one of the most successful and highest-paid music artists in history.

In 2012, Pattie published a bestselling book about her life called, "Nowhere but Up". It was hit #17 on the New York Times Bestseller's List in its first week of release.

Pattie splits her time between Los Angeles and Canada. After having a troubled and nearly nonexistent relationship with Justin for many years, due to various scandals and trouble with the law he's been involved with throughout his young celebrity career, she now often accompanies him to his shows. 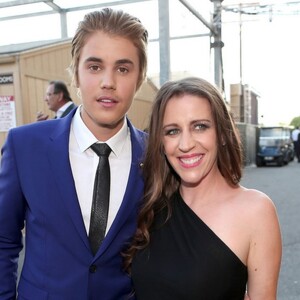