Patricia Cornwell Net Worth: Patricia Cornwell is an American contemporary crime writer who has a net worth of $25 million. Patricia Cornwell was born June 9, 1956 in Miami, Florida. She is widely known for writing a popular series of novels featuring the heroine Dr. Kay Scarpetta, a medical examiner. Her books have sold more than 100 million copies. After earning a B.A. in English at Davidson College in North Carolina, Cornwell started working as a reporter for The Charlotte Observer and was soon covering crime. Her biography of family friend Ruth Bell Graham, A Time for Remembering (renamed Ruth, A Portrait: The Story of Ruth Bell Graham in subsequent editions), was published in 1983. In 1984, she took a job at the Office of the Chief Medical Examiner of Virginia, where she worked for six years, first as a technical writer and then as a computer analyst. She also volunteered to work with the Richmond Police Department. In addition to the Scarpetta novels, Cornwell has written three pseudo-police fictions, known as the Trooper Andy Brazil/Superintendent Judy Hammer series, which are set in North Carolina, Virginia, and off the mid-Atlantic coast. Besides the older-woman/younger-man premise, the books include discomforting themes of scatology and sepsis. Cornwell is also known for her continuing, self-financed search for evidence to support her theory that painter Walter Sickert was Jack the Ripper. She wrote Portrait of a Killer—Jack the Ripper: Case Closed, which was published in 2002 to much controversy, especially within the British art world and among Ripperologists. Cornwall had her troubles with the law, starting with crashing her Mercedes-Benz while under the influence of alcohol in 1993. She was convicted of drunk driving and sentenced to 28 days in a treatment center and later accused of possible plagiarism when eyebrows were raised at similarities between Leslie Sachs' novel, The Virginia Ghost Murders, and Cornwell's The Last Precinct—a legal battle in which Cornwell ultimately triumphed. Cornwell has suffered from anorexia nervosa and depression, which began in her late teens. She has also been open about her struggle with bipolar disorder. 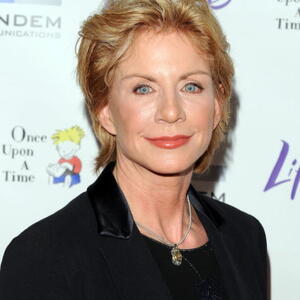