Padma Lakshmi net worth: Padma Lakshmi is an Indian American author, actress and model who has a net worth of $40 million. Padma Lakshmi is probably most famous for being the host of the reality television program "Top Chef." Padma became the host during season two, in 2006 She has also made guest appearances on other reality competition series, and acted in various films and television programs in the US, UK, India, and Italy. On top of this, Lakshmi has released cookbooks and a memoir.

Early Life and Career Beginnings: Padma Lakshmi was born in 1970 in Madras, Tamil Nadu, India, and raised in a Tamil Brahmin family. When she was two years old, her parents divorced. Later, at the age of four, she immigrated with her mother and stepfather to the United States, where she was first raised in Manhattan, New York, and then in La Puente, California. Lakshmi has written about how she was sexually assaulted by her stepfather as a young girl. In 1984, she was hospitalized for three weeks and diagnosed with Stevens-Johnson syndrome, a severe skin reaction. Only two days after being discharged, her right hip and right upper arm were badly injured in a car accident in Malibu.

In 1988, Lakshmi graduated from William Workman High School in City of Industry, California. She later enrolled at Clark University in Worcester, Massachusetts, graduating in 1992 with a degree in theater arts and American literature. While studying abroad in Madrid, Spain at the age of 21, Lakshmi was discovered by a modeling agent, and became among the first Indian models to sustain a career in cities such as New York, Paris, and Milan.

Modeling: Throughout her career, Lakshmi has modeled for a range of internationally renowned designers, including Giorgio Armani, Gianni Versace, Alberta Ferretti, and Ralph Lauren. She was a favorite model of German-American photographer Helmut Newton, and appeared in advertising campaigns for brands such as Versus and Roberto Cavalli. As a cover model, Lakshmi has appeared on the covers of publications such as FHM, Cosmopolitan, Marie Claire's Indian Edition, Newsweek, Harper's Bazaar, and Vogue India. In 2009, she garnered attention for posing nude in the May issue of Allure.

"Top Chef": Lakshmi became more widely known in 2006, when she started hosting and judging on season two of Bravo's cooking competition series "Top Chef." She continues to host the program, which involves chefs who compete against each other in a variety of culinary challenges. For every season between two to 16, "Top Chef" received Emmy Award nominations for Outstanding Reality-Competition Program, winning the award for season six. Additionally, for season five in 2009, Lakshmi earned an Emmy nomination for Outstanding Host for a Reality or Reality-Competition Program. 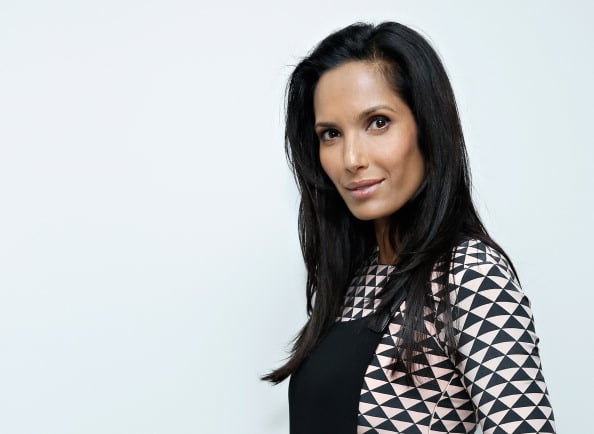 Television and Film Roles: In 1997, Lakshmi hosted the popular Italian Sunday television series "Domenica In," the top-rated show in Italy. She subsequently appeared on other Italian programs, including "Il Figlio di Sandokan," "Caraibi – Pirates: Blood Brothers," and "Linda e il brigadiere." In 2000, she hosted two specials in India and Spain for the British culinary show "Planet Food," which aired on the Food Network and Discovery Channel. The following year, she hosted "Melting Pot: Padma's Passport" on the Food Network; the show saw Lakshmi cooking up recipes from all over the world.

Also in 2001, Lakshmi had a comedic supporting role as lip-synching disco artist Sylk in the Mariah Carey musical "Glitter." The next year, she made a guest appearance as the alien princess Kaitaama on the science-fiction series "Star Trek: Enterprise." She was subsequently in the Indian films "Boom" and "The Mistress of Spices." In 2006, Lakshmi portrayed Madhuvanthi in an episode of the British series "Sharpe's Challenge," and appeared in ABC's biblical miniseries "The Ten Commandments" as Princess Bithia. Later credits have included the sitcom "30 Rock," the improvisational comedy show "Whose Line is it Anyway?," and the Indian film "Exclusion."

Other Reality Television Appearances: Beyond "Top Chef," Lakshmi served as an official contributor for season 19 of the talk show "The View." She also appeared as a celebrity contestant on the TBS show "Drop the Mic," on which she competed and won against music producer Randy Jackson. Additionally, Lakshmi has been a guest judge on "RuPaul's Drag Race." In 2020, she began executive producing and hosting "Taste the Nation," a travel and food series on Hulu. On the show, Lakshmi travels across the United States to learn about different foods and cultures.

Writing Career: In 1999, Lakshmi published her first cookbook, "Easy Exotic," which shares international recipes and brief essays. She released her second cookbook, "Tangy, Tart, Hot and Sweet," in 2007. Later, in 2016, she published two works: the cookbook "The Encyclopedia of Spices and Herbs," and the memoir "Love, Loss and What We Ate." Lakshmi also has a syndicated column in The New York Times, and has penned several pieces for the American edition of Vogue.

Personal Life and Activism: In 2004, Lakshmi married novelist Salman Rushdie, whom she had been seeing for three years; they divorced in 2007. From 2009 to 2011, she dated billionaire businessman Theodore J. Forstmann. With another partner, venture capitalist Adam Dell, Lakshmi has one daughter, Krishna.

Having been diagnosed with endometriosis when she was 36, Lakshmi cofounded the Endometriosis Foundation of America, a nonprofit that strives to advance education, research, and legislative action around the disease. Additionally, Lakshmi is a global ambassador for the humanitarian nonprofit Keep a Child Alive, and advocates for immigration and women's rights with the American Civil Liberties Union. 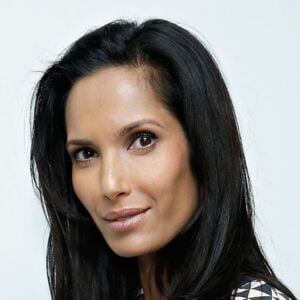