What is Norah O'Donnell's Net Worth and Salary?

Norah O'Donnell is an American print and television journalist who has a net worth of $22 million. For her work at CBS, Norah earns an annual salary of $8 million. O'Donnell is the current anchor of CBS Evening News and a contributing correspondent for "60 Minutes."  She also is a substitute host for CBS's Sunday morning show Face the Nation.

Norah Morahan O'Donnell was born in Washington, D.C. on January 23, 1974. She is the daughter of Noreen Bernadette O'Kane and Francis Lawrence O'Donnell, who was a doctor and officer in the U.S. Army. Both of her parents are of Irish descent and have roots in Derry, Belfast, and Donegal. This means she is descended from both sides of the Irish border. Her grandparents were Irish immigrants. Her grandmother lived in the U.S. illegally for 16 years.

When Norah was three, she moved with her family to San Antonio, Texas. She spent two years living in Seoul as her father was assigned to work there. The family also spent some time living in Germany. Norah first dipped her toes into the world of broadcasting at the age of 10 when she began giving videotaped English language lessons for the Korean Educational Development Institute. When her father was done with his stint in Korea, the family moved back to San Antonio. O'Donnell graduated from Douglas MacArthur High School in 1991. In 1995, Norah earned a Bachelor of Arts in philosophy and a master's degree from Georgetown University in liberal studies in 2003.

Norah started her career O'Donnell as a staff writer covering Congress for the newspaper "Roll Call." She went on to spend the next twelve years of her career at NBC. She became a commentator for the NBC News Today Show as well as Chief Washington Correspondent for MSNBC and a White House correspondent for NBC News. She served as contributing anchor for MSNBC Live and as a rotating news anchor on Weekend Today. Her reports have aired on NBC Nightly News, Dateline NBC, The Today Show, and MSNBC. She also filled in for Chris Matthews on Hardball with Chris Matthews and has co-hosted the New York City St. Patrick's Day Parade since 2007 on WNBC. 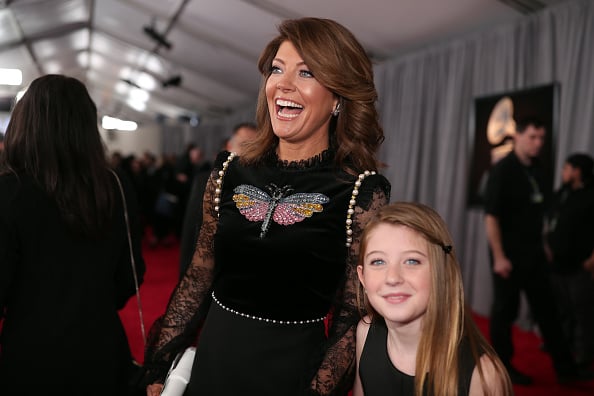 She began making her shift to CBS in 2011, beginning with filling in for Scott Pelley on the CBS Evening News on October 10, 2011. She has filled in for Pelley several times since then.  In 2011 and 2012, O'Donnell was the Chief White House Correspondent. In the fall of 2012, Norah was named a co-anchor of "CBS This Morning."

Susan Zrinsky, the president of CBS News, announced in May 2019 that O'Donnell had been named anchor and managing editor of the CBS Evening News. It was also announced that O'Donnell would be the lead anchor for political events on the network, and a contributing correspondent for "60 Minutes." Norah's last broadcast of CBS This Morning was on May 16, 2019. She then became the third woman (after Connie Chung and Katie Couric), to serve as CBS Evening News' weeknight anchor.

Norah won an Emmy in 2008 as part of NBC News Election Night coverage team for Outstanding Live Coverage of a Breaking News Story–Long Form. She won another Emmy in the category Outstanding Investigative Report in a Newscast in 2018 for her report "Sexual Assault in the Air Force Academy" for CBS This Morning. O'Donnell had spent six months investigating the report. Later that year, the story was given an honorable mention for the Edgar Allen Poe Award from the White House Correspondents' Association.

O'Donnell was named as one of Washington's 100 most powerful women by Washingtonian Magazine and has also been named to Irish American Magazine's Top 100 Irish Americans. O'Donnell was honored with the Sigma Delta Chi Award for Breaking News Coverage for her story "D.C. In Crisis," which aired the night of the September 11, 2001 attacks on "Dateline NBC."

O'Donnell is married to D.C. restaurateur Geoff Tracy. The two met when they were freshmen attending Georgetown University together and got married in June 2001. They have twins, Grace and Henry, and a daughter named Riley. The family splits their time between Washington D.C. and the Upper West Side in New York City. O'Donnell and Tracy made a cookbook for parents in 2010 called "Baby Love: Healthy, Easy, Delicious Meals for Your Baby and Toddler." 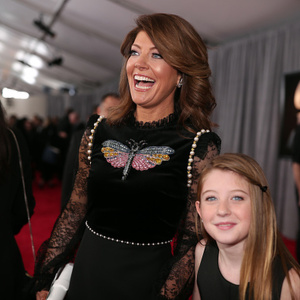