Noam Chomsky Net Worth: Noam Chomsky is an American philosopher, scientist, activist, and linguist who has a net worth of $5 million. Born Avram Noam Chomsky in 1928 in Philadelphia, Pennsylvania, Noam Chomsky is considered to be the Father of Modern Linguistics. Chomsky was fascinated by international relations and politics from a young age and began studying at the University of Pennsylvania, earning his undergrad and graduate degrees.

He later received his PhD in linguistics from his alma mater. Chomsky began teaching at the Massachusetts Institute of Technology in 1955. He remained with MTI for more than 50 years, teaching in the Linguistics & Philosophy department. Chomsky is credited with penning several revolutionary theories on linguistics and human language development. He is credited with numerous grammar theories and with the development of the Chomsky hierarchy, which divides grammar into various groups. He has written more than 100 books on a handful of subjects. Chomsky holds dozens of honorary degrees from universities around the world, including Columbia University, Harvard University, and the University of Cambridge. He has won numerous global awards. He is a passionate defender of freedom of speech, especially for the media, and frequently criticizes the foreign policy decisions of the United States. He is against the state capitalist system employed by the U.S. and takes a critical stance on authority and authoritarian regimes. Chomsky was married to his wife, Carol Doris Schatz Chomsky, from 1949 until 2008 when she passed. They had three children together. 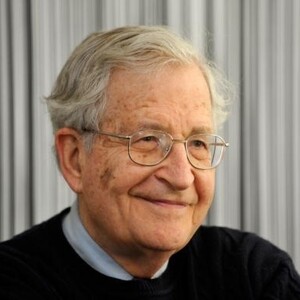