Nicole Lapin net worth: Nicole Lapin is an American news anchor who has a net worth of $2 million. Nicole Lapin was born in Los Angeles, California in March 1984. Lapin is an anchor on CNBC and CNN Live. She has also appeared regularly on CNN, CNN Headline News, and CNN International.

She became an anchor for CNBC's Worldwide Exchange in 2010 and started co-anchoring CNBC's The Kudlow Report the same year. Lapin is a business and finance correspondent for MSNBC's Morning Joe and NBC's The Today Show. She joined Bloomberg Television as a non-exclusive anchor and special correspondent in 2012. Lapin launched her own production company called Nothing But Gold Productions in 2011. She also founded the financial news website called Recessionista. She is the host and executive producer for the AOL Originals series I'll Never Forget My First. Lapin made six figures for her book Rich Bitch. She also launched the CASH Smartwatch with HSN in 2014 which is the only wearable device that tracks someone's spending throughout the day. 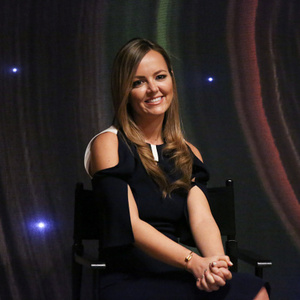