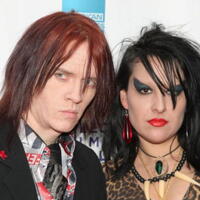 Nick Zedd net worth: Nick Zedd is an American filmmaker, actor, and author who has a net worth of $10 million. Nick Zedd was born in Baltimore, Maryland in May 1958. He is responsible for coining the phrase "Cinema of Transgression" back in 1985 which describes a group of filmmakers and artists that use shock value and black humor. Zedd has directed many low budget films starting with They Eat Scum in 1979. He has also directed the films Geek Maggot Bingo or The Freak from Suckweasel Mountain, Totem of the Depraved, School of Shame, War is Menstrual Envy, and Screen Test 98. From 2005 to 2008 he directed the television series The Adventures of Electra Elf. Zedd has also starred in the films Shadows in the City, What About Me, No Age, New York, Multiple Futures, Joe's Apartment, Thus Spake Zarathustra, Other People's Mirrors, and The Killing Games. From 1984 to 1990 he edited and wrote the Underground Film Bulletin.